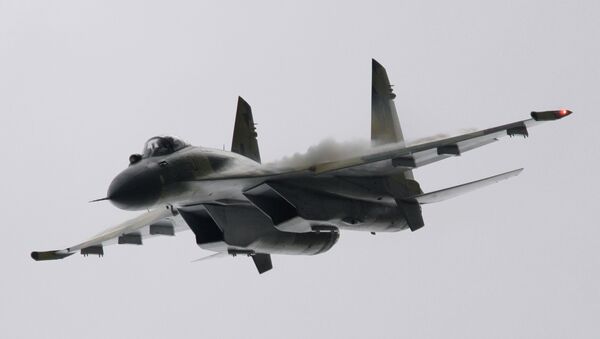 “The sides have practically agreed on the delivery of 48 Su-35 multirole fighters, worth $4 billion, to China,” Kommersant said citing a source in the Russian defense industry.

According to the paper, the only obstacle remaining is Moscow’s demand that Beijing should guarantee the protection of copyrights on the production of Su-35s without proper licensing.

“Moscow is not only aiming to ensure its presence on the Chinese [combat aircraft] market, but also attempting to prevent the potential copycat production of Russian aircraft for subsequent sales to third parties with predatory pricing,” a Russian government source told Kommesant.

China has a record of building advanced combat aircraft based on Russian and other foreign designs, and relied almost entirely on copies of Soviet designs until the Sino-Soviet split in 1960.

The Chinese Chengdu J-10 fighter is based heavily on the cancelled Israeli Lavi fighter demonstrator, the Shenyang J-11 is a replica of the Su-30 Flanker-C, and the Chinese/Pakistani Chengdu FC-1 iuses Russian engines and other technology from the MiG-29. The J-15 is a Chinese-built derivate of the Sukhoi T-10K-3, a carrier-borne fighter prototype which China acquired from Ukraine.