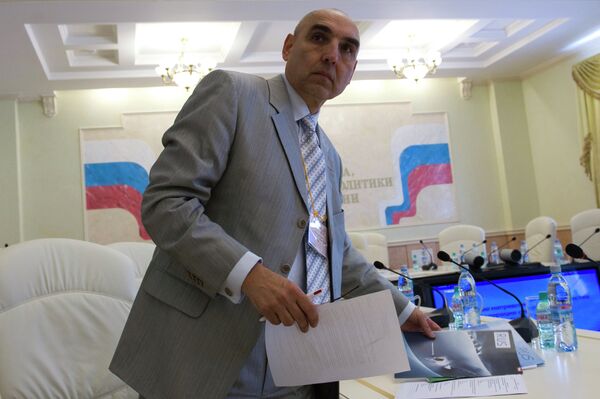 The luge and bobsled run for the 2014 Winter Olympics in Sochi is “not very challenging,” Valery Silakov, coach of Russia’s luge team, told RIA Novosti on Monday.

The luge and bobsled run for the 2014 Winter Olympics in Sochi is “not very challenging,” Valery Silakov, coach of Russia’s luge team, told RIA Novosti on Monday.

Russian and foreign sliders are testing the run for the first time Monday, ahead of a wide-ranging testing program designed to avoid a repeat of Georgian luger Nodar Kumaritashvili’s fatal crash at the Whistler track during the 2010 games in Vancouver.

“It’s not very challenging. I think it’s unlikely that there will be a lot of falls, as there are at [Russian track] Paramonovo or in Whistler,” he said.

“I like the track a lot. Today the first training runs will start for our athletes and foreigners. The track’s quite decent. We just need to train a lot here.”

He added that sliders outside the world top 10 would also be invited, in an effort to give lower-ranked skaters experience of the Olympic track.

“After the tragic event in Vancouver, the decision was taken that not just the strongest, but those outside the top 10, should be invited in order to see how they feel,” he said.

Construction work on the track itself has finished, but continued on surrounding facilities, making testing difficult, Silakov said.

“There’s dirt here, of course, knee high. It’s difficult to get here. Building is going on all around.”