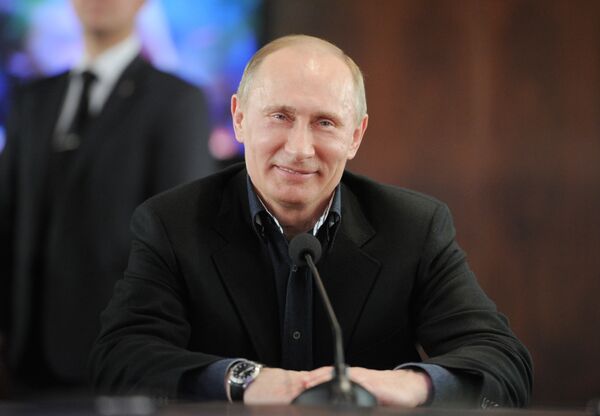 Russian president-elect Vladimir Putin said on Monday he plans to instruct the Central Election Commission (CEC) to investigate all suspected violations during the vote.

“I have not yet spoken to [CEC chief Vladimir] Churov… I will surely have a conversation with him and will ask him to thoroughly probe all the possible violations that you spoke about,” Prime Minister Putin said at a meeting with his election rivals Sergei Mironov, Mikhail Prokhorov and Vladimir Zhirinovsky.

The violations issue was touched upon by A Just Russia Party leader Mironov and independent billionaire Prokhorov. “There were violations during the elections, and they were often left unattended… Each case should be checked. Each person that committed a violation should be punished,” Prokhorov said.

Putin’s spokesman Dmitry Peskov said Zyuganov had also been invited to attend the meeting but refused. “We regret that he did so,” Peskov told journalists.

Putin said: “If violations were made by people within the jurisdiction of the Russian government, then there will of course be a reaction. But I hope that first of all the Central Election Commission and other power structures will react in a proper way.”

The premier pointed out that he was the one who called for installing web cameras at polling stations.

“I initiated the installation of webcams… They largely played their role and increased the transparency of the [election] process,” Putin said.

Webcams were installed at 91,000 out of 96,000 polling stations across Russia on Putin’s order to ensure election transparency. The webcam installation campaign followed claims by critics that the December 4 parliamentary elections in Russia were marred by vote rigging.

Putin also said he agreed with a comment from Mironov, who said that although there were some violations during the vote, instead of protest rallies, constructive work should be started.

December’s State Duma elections in Russia were followed by unprecedented protests across the country, with protesters demanding a revote and the dismissal of election chief Churov.