Putin, Prokhorov, Mironov Call on Russians to Vote on Sunday 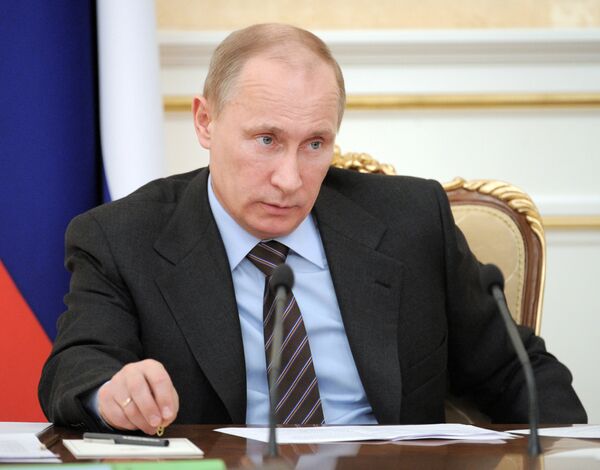 Putin told his compatriots in a TV address broadcast by Channel One in Siberia that he hopes “everyone will have their say, express their civic position and make their deliberate choice” on March 4.

“In this way the nation will define Russia’s destiny,” he said.

Putin said wide support from most Russians helped him fight terrorism, restore the country’s territorial integrity, economy and social sphere, as well as overcome the consequences of the global economic crisis.

“What we have done, we have done together,” he said. “You will make a decision in the March 4 elections to whom Russia’s destiny and the future of our children will be handed. It is up to you to decide.”

Prokhorov told Russians that the March 4 presidential election will be the country’s “most significant event in the past 20 years, or, maybe, in the entire Russian history.”

“I am urging you all to go to polling stations on March 4 and vote as you see fit… This time, each vote will be decisive,” he said in his LiveJournal blog.

“Only by casting our ballot can we rule out the possibility of our votes being falsified,” Prokhorov said.

The December 4 parliamentary elections in Russia were marred by claims of vote rigging. The authorities admitted that minor violations occurred but said they did not affect the result.

Mironov urged Russians to cast votes for him, recalling that over 8 million people (13.2%) voted for his party in December.

“We are not electing a tsar, a father of the nation. We are choosing a political course, an ideology, certain moral values. Each presidential candidate has his associates, his team standing behind him,” the politician said in his LiveJournal blog.

“I know for sure that there are no swindlers and thieves behind by back!” Mironov said, apparently contrasting his party with the ruling United Russia party, which has the popular unofficial nickname of “the Party of Swindlers and Thieves” coined by opposition figurehead Alexei Navalny.

Mironov urged those who voted for his party in December to keep supporting him.

“Do not change your choice at the March 4 presidential elections!” he said.