Thomas Gomart: Russia to Remain at Top of Political Agenda 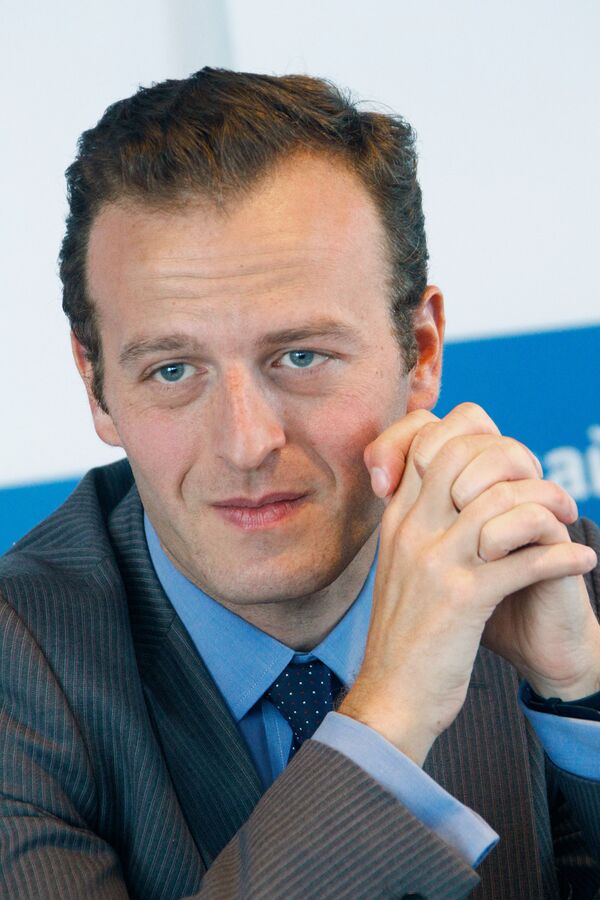 Dr. Thomas Gomart, Vice President for Strategic Development, and Director of the Russia/NIS Center at IFRI (French Institute of International Relations) speaks about Russia’s friends, challenges and changes the country may face after presidential elections.

- Which country can Russia consider as a partner and a friend, if such country exists?

It’s an uneasy question to be honest, given the fact that  the main driver of Russian foreign policy is to maintain its strategic solitude. I think that Russian diplomacy is very active in different parts of the world and try to set up some good relations with many countries. However, it’s difficult to speak about friendship due to the absence of real integration process with other countries. Within the so-called post-soviet space relations between Russia and Kazakhstan are very deep and substantive. The political ambition is to set up a customs union between Russia, Kazakhstan and Belarus but at the same time there are sometimes some difficult relations with Minsk With Europe certainly there are many more strategic partners, mainly Germany, France and Italy. Relations with Poland have improved. If we go East, there is a wish to deepen the relations with both China and Japan, not to mention Korea, but at the same time with a lot of tricky bilateral issues.

- What kind of issues?

With Japan there is a basic problem from the Japanese point of view with the Kuril Islands, with China it is certainly a big difference of potential right now between these two countries, belonging to the BRIC grouping. It makes no sense now to compare Russian economy with China’s. With us it’s not really a friendly cooperation, even though there were some improvements since the reset, but there is still a lot of competition between both countries. If we go South, there are good relations between Russia and some Arab countries, especially Syria. Added to this, the relations with Israel have been quite substantive in many fields. I think, maybe, the concluding point on this question is to say that Russia succeeded in having bilateral relations with many countries, which are from my point of view mainly ad hoc relations.

- Who would Russia prefer to see as a partner and who does it look up to?

- What does Russia have to do to achieve this?

It is important to appear as a country which is indispensable for Europe and also as a country which is an emerging country, which has some big possibilities to develop itself. The point is to say: ok, we are to some extent European oriented, but also the Russian future depends on the development of Siberia and on the possibility to develop links with, as I said, China, Japan and Korea.

- What should be done by Russia (in a political sense) to deepen the relations with Europe and the U.S.?

First of all, the largest part of Russian trade is oriented towards the EU market and it’s something important to keep in mind by comparison with Russian trade towards the U.S. So, clearly, to some extent the Russian economy is more global but I would say that the gate of entry to the global economy is mainly through Europe for Russia. Even if we can see some evolution, it’s something very robust. It seems to me that the key issue now for relations between Russia, Europe and the U.S. is certainly the ongoing negotiation on missile defense because it’s the ultimate way to see that Russia, the U.S. and Europe share their threat perceptions.

- Who would be willing to be Russi a’s partner if Putin is to be the next president?

Of course it’s an important issue regarding the evolution of the Russian regime, but at the same time I don’t expect dramatic changes if Vladimir Vladimirovich Putin is reelected. The basic idea, especially in European capitals, is to say that we cannot avoid Russia, and Russia should be a partner even if sometimes it’s a difficult one. So, my point is that it obviously depends also on the elections, which will be observed very carefully. But whoever is the next Russian president, maybe less in the U.S., but in Europe, it is clear that Russia will remain at the top of the political agenda.