Russia to Bargain for Gabala Radar With Scan on Alternatives 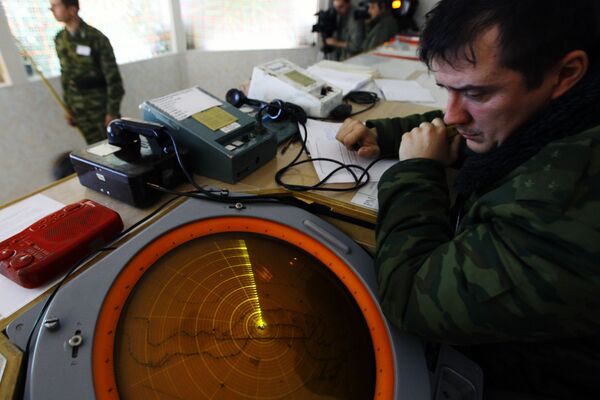 Russia has been bargaining with Azerbaijan about a key station in its ballistic missile early warning system (BMEWS). Should the negotiations fail, the station may be pulled out and replaced by a new one to be built in Russia. This meets the recently endorsed new approaches to BMEWS radar field configuration.

The growing appetite
The case in point is the currently modernized Daryal-type BMEWS radar station (RS) located in the vicinity of Gabala, Azerbaijan. For Russia, Gabala is of strategic importance as controlling the sector to the south of its borders.
“The talks on Gabala continue. The first round was quite constructive,” Deputy Defense Minister Anatoly Antonov told RIA Novosti Tuesday. “Soon we will agree with our Azerbaijani colleagues on the dates when the Russian delegation can leave for Azerbaijan for further talks.”
Earlier Kommersant reported with reference to its sources in the Defense Ministry that Baku wants to increase the annual lease payment from $7 to $300 million. Just a few months ago, its appetite did not extend beyond $15 million
“This amount is exorbitant and totally unjustified; we will press for its considerable reduction. We still hope to come to an agreement,” a Defense Ministry source told Kommersant. According to another source, Russia might as well evacuate Gabala, “If Baku fails to moderate its appetite.”
For now, Gabala has an essential role to play, watching the strategically important southern sector (including possible missile launches from the Indian Ocean), and registering Iranian missile launches (also significant in the current geopolitical situation).
But a hypothetical and highly unlikely pullout scenario may still be on the cards, and then, as a stopgap, Russia will have to speedily commission the second stage of its new-generation RS near Armavir, Krasnodar Territory.

A hole-ridden net as inheritance
But how has it come about that the Russian BMEWS is dependent on a foreign state’s whims?
The disposition of BMEWS radars in the USSR obeyed the language of art. 6 of the Soviet-American Treaty on the Limitation of Anti-Ballistic Missile Systems (1972), which prescribed to deploy outward-oriented BMEWS radars solely in the periphery of each country’s national territory.
This explains why the radar field came to include stations at Mukachevo and Mys Khersones, Ukraine; Gabala, Azerbaijan; Skrunda, Latvia; and Sary-Shagan, Kazakhstan.
After 1991, this entire infrastructure was inherited by the newly independent countries that sprung up in the territory of the former USSR. Russia was left with one station near Olenegorsk, Kola Peninsula, one in Pechora and two abandoned projects – Mishelevka and Abalkovo – near Irkutsk. Oriented in the northwestern direction so that it might watch the airspace over Yakutia and beyond, Abalkovo, in addition to everything else, was being built in violation of the ABM Treaty, something that caused protracted squabbles with the United States.
To plug the hole in the Western sector, the military command speedily put back into service and licked into shape the Volga RS at Gantsevichi, Belarus. It had been under construction since 1981 with an eye to meeting the challenge posed by U.S.-owned Eurostrategic Pershing-2 missiles. But after the signing of the Treaty on the Intermediate-Range and Shorter-Range Missiles (1987), it was no longer urgently needed to have the station and the project was allowed to drift. It again emerged as a priority after 1998: completed in a rush, the radar was put on combat duty in 2000.

Voronezh to replace Daryal
Russia’s top military officials were greatly concerned about the situation where only the northern and northwestern sectors were protected, while the narrow sectors in the west and south were being leased and largely dependent on the stance of post-Soviet governments.
The potential for funding the national nuclear missile forces was stretched to the utmost both in the 1990s and thereafter. The Kremlin knew only too well that the deterrent was the sole thing that ensured Russia’s independence and territorial integrity even while the rest of the country was openly enthusiastic about the newly found Western allies. This is why the radar-field problem was addressed at the earliest opportunity.
The available BMEWS radars were in effect mammoth construction projects boasting huge reinforced-concrete shells, inside which active devices and equipment were installed. These ziggurats took a long time to build, which was followed by an equally protracted start-up period. Reorienting a station to another sector (let alone redeploying it to a different location) was out of the question. It was easier to blow it up and build a new one.
A high depot readiness concept (HDR) was proposed as a new approach that envisaged the installation of easy-to-assemble frames for hanging large prefabricated radar modules.
This made it possible to achieve three effects at once with the very first batch-produced Voronezh station.
First, the construction time was curtailed, as were the construction costs, which is of no small importance under present-day circumstances. According to available data, the turn-key cost of one Voronezh installation is 1.5 billion rubles in 2005 prices. Moreover, it takes 12 to 16 months to assemble 23 prefabricated units on a prepared site.
To compare: Daryal-type radar like the one at Gabala is made up of 4,000 units of equipment. Its cost in comparable prices would amount to 19.8 billion rubles and the time span required for its construction under the most favorable conditions is anywhere between 5 and 6 years.
Second, the module approach provides for easy scaling and modernization. None of the former models lent themselves to modernization since numerous problems cropped up when it came to installing equipment and laying the service lines inside a shell.
Third, a new-generation station can be disassembled and redeployed to a new location relatively quickly. That is not a sign of HDR radars’ new mobility, but an option like this can be easily contemplated several years in advance.
High depot readiness morphing into full readiness
Currently Russia is operating three Voronezh-type HDR radars: Armavir, Lekhtusi (near St. Petersburg), and, since recently, Kaliningrad (this one will become fully operational only in 2014). The fourth radar of the same type is under construction at Mishelevka near Irkutsk on the site of a demolished Daryal shell.
The fifth radar will actually be the second stage of Armavir, which is Russia’s main hope for the hypothetical eventuality of having to withdraw Gabala from the BMEWS. The first stage is going to handle the southwestern sector, while the second stage, to be built directly behind Gabala and next to its twin, will control the southern and southeastern sector.
In the meantime, the high depot readiness concept has been upgraded for more flexibility, with A.L. Mintz Radio Institute announcing its MARS project (Multifunctional Adaptive Radar System) also known as FDR RS (full depot readiness).
This radar is being designed as a mobile and universal affair. As is cautiously specified, it is a “redeployable” model, which means that it is not a fully mobile vehicle-based radar, like those used by the air defense forces. Moreover, it should easily integrate with both the BMEWS and other related information systems involved in monitoring outer space, securing missile defense, and supporting non-strategic antimissile defenses, including ship-based components.
Given this approach, Gabala will certainly retain its significance as an element of Russia’s BMEWS, but it will gradually lose its critical importance.