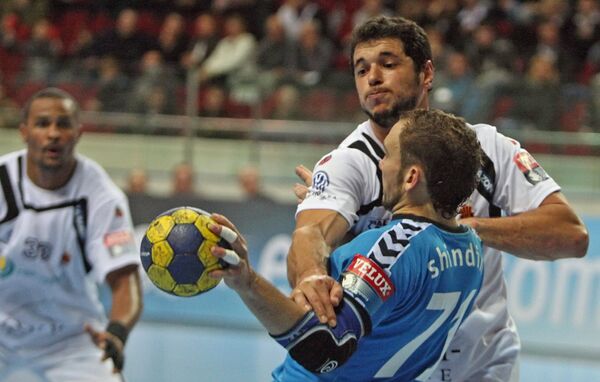 Great Britain expects national handball team coach Dragan Djukic to honor his contract and see the team through the London Olympics despite his application for the vacant Russia post, officials said Thursday.

But the British Handball Association struck back Thursday, saying they expect total commitment to Britain's Olympic campaign from the 50-year-old Serb.

“As Great Britain coach, Dragan Djukic is contracted up until the Olympic Games and we are equally committed to each other in preparing the GB team,” Lorraine Brown, British Handball’s performance director, said in a statement.

“We are prepared under any circumstances to react quickly and decisively to ensure that momentum is not lost for the men’s team.”

British Handball chief executive Paul Goodwin clarified to RIA Novosti that Djukic’s contract ran until the end of the Games in mid-August.

Djukic, the former Switzerland coach, was hired by British Handball in June 2009 with a mandate to prepare the men’s squad for their first Olympic appearance, in July.

Russia, Olympic champion in 2000, has been without a coach since Vladimir Maksimov left last month following a dismal showing at the European Championships that meant Russia would miss the Olympics for the first time.