Arshavin: We had Danes Beaten Before Half Time 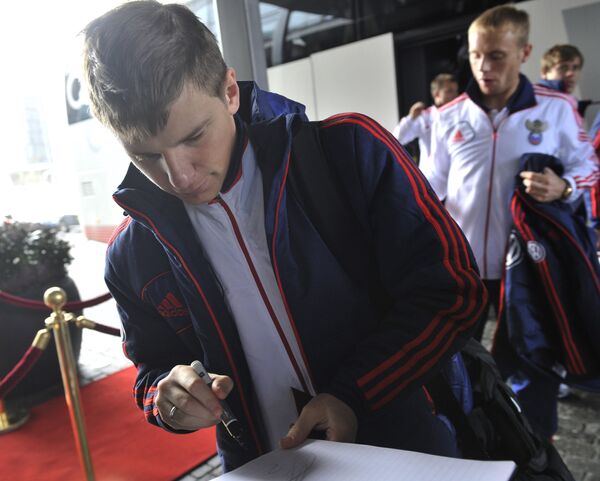 Russia had Denmark beaten before half time, captain Andrei Arshavin said Thursday of his side's 2-0 friendly win in Copenhagen.

Russia had Denmark beaten before half time, captain Andrei Arshavin said Thursday of his side's 2-0 friendly win in Copenhagen.

Arshavin scored the second goal Wednesday with a long shot on the stroke of half-time after setting up Roman Shirokov's early opener.

“The national team’s performance in the first half determined the final outcome of the match,” Arshavin said on his website. “I believe that the fans and the experts were satisfied with the teamwork, movement and pressing our team showed.

“After scoring the first, good goal, we started to play on the counterattack. One of those resulted in a goal.”

In the second half, Russia coach Dick Advocaat brought on a number of substitutes, giving a first cap to Spartak Moscow midfielder Denis Kombarov and a second international appearance to 20-year-old Dynamo Moscow striker Alexander Kokorin.

The match was a clash between two teams who topped their Euro 2012 qualification groups, and Arshavin said that a win for Russia against strong opposition was something to be proud of.

“A victory against such a well-drilled team, a team taking part in the finals of the European championships, is prestigious.”

Russia will face the Czech Republic, Poland and Greece at Euro 2012 in June, after winning a qualification group that contained Slovakia and Ireland.

Arshavin earlier this month rejoined former club Zenit St. Petersburg on loan from Arsenal, where he was a bit-part player, to get more pitch time ahead of the tournament.

He is likely to figure in three more warm-up games, against Uruguay, Lithuania and Italy.