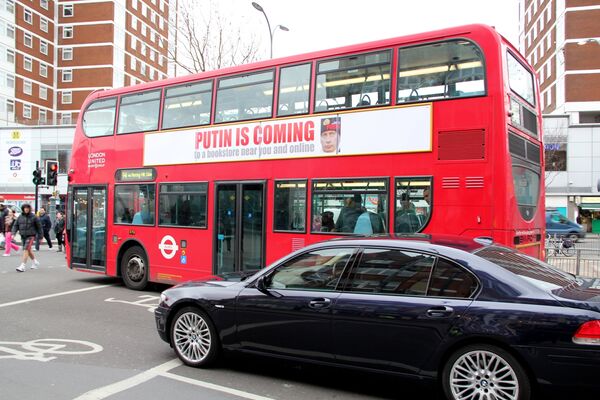 Russian Prime Minister and presidential candidate Vladimir Putin is the world’s most interesting politician, a British journalist whose book about Putin is coming out on Thursday said today.

Russian Prime Minister and presidential candidate Vladimir Putin is the world’s most interesting politician, a British journalist whose book about Putin is coming out on Thursday said today.

Hutchins, who worked on the book - entitled “Putin” - for six years, said Putin “is not a bad man.”

Putin served two terms as Russia’s president between 2000 and 2008, but the Constitution barred him from standing for a third consecutive term. He became prime minister after his handpicked successor, Dmitry Medvedev, was elected president.

Hutchins said he had “so much to tell which was not told before… because people were scared.”

“I’ve got to the bottom of that man. I am really happy to finish this book,” he said.

The British biographer also said he had long had a problem looking for a publisher but then Russian TV producer living in Britain, Alexander Korobko, helped him.

“The role of Alexander Korobko is this: no British publisher when I went to them four years ago, and I have a succession of very successful books, no one would agree to publish this book. They said: 'We are frightened, we are afraid that we will lose our business in former Soviet satellites,'” Hutchins said.

“Then Alexander came along and said: ‘I can arrange for the book to be published and it will be published in Russia.’ That's why I went with Alexander Korobko - because he facilitated it. He didn't write it, of course he didn't. I am the writer, I am the author. He is not the author, he is a facilitator,” he said.

The book will come out in Britain and other English-speaking countries, as well as in Russia in its Russian translation.