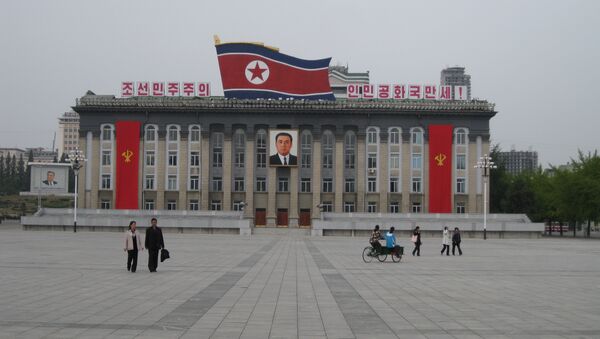 The announcement, which comes two months after the death of North Korean leader Kim Jong-il in December, opens opportunities for the resumption of six-party talks on the reclusive communist state’s disarmament that the North withdrew from in 2009.

A U.S. delegation recently returned from Beijing after a third exploratory round of bilateral talks between the United States and North Korea. The talks were the first since Kim Jong-il’s youngest son Kim Jong-un succeeded his late father.

“To improve the atmosphere for dialogue and demonstrate its commitment to denuclearization, the DPRK has agreed to implement a moratorium on long-range missile launches, nuclear tests and nuclear activities at Yongbyon, including uranium enrichment activities,” Nuland said, referring to North Korea’s official name, the Democratic People’s Republic of Korea (DPRK).

“The DPRK has also agreed to the return of IAEA inspectors to verify and monitor the moratorium on uranium enrichment activities at Yongbyon and confirm the disablement of the 5-MW reactor and associated facilities,” she said.

The report has been confirmed by North Korea’s news agency KCNA, whose report, however, was worded slightly differently, saying that the DPRK agreed to the moratorium “upon U.S. request” and that the moratorium would be in place “while the productive dialogue continues” with the United States.

Nuland also said her country “still has profound concerns regarding North Korean behavior across a wide range of areas,” but added that the announcement “reflects important, if limited, progress in addressing some of these.”

“We have agreed to meet with the DPRK to finalize administrative details necessary to move forward with our proposed package of 240,000 metric tons of nutritional assistance along with the intensive monitoring required for the delivery of such assistance,” she said.

North Korea has been subjected to several rounds of UN Security Council sanctions since it declared itself a nuclear power in 2005.

The state broke off talks with South Korea, China, the United States, Japan and Russia on its nuclear program in April 2009, after the United Nations Security Council passed a resolution condemning its missile tests.