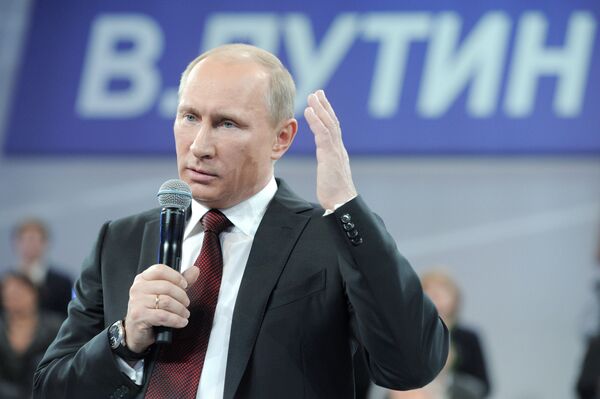 EU sanctions in regard to Belarus will not affect the integration processes underway between Moscow and Minsk, Russian Prime Minister Vladimir Putin said on Wednesday.

EU sanctions in regard to Belarus will not affect the integration processes underway between Moscow and Minsk, Russian Prime Minister Vladimir Putin said on Wednesday.

The EU announced on Monday that it had blacklisted another 21 Belarusian officials over their alleged involvement in the ongoing crackdown on the country’s opposition. Belarus, in response, advised the head of the EU delegation to Belarus, Ambassador Maira Mora, and Polish Ambassador Leszek Szerepka, to leave Minsk.

“First of all, I hope that the EU and Belarus will normalize their relations. But it will definitely not affect our [Russian and Belarusian] integration processes,” Putin said.

More than 200 people were already on the blacklist, including President Alexander Lukashenko, two of his sons, and most of the country's top leadership. They have been banned from entering the EU and their European assets have been frozen.

“These are relations of a political nature between the European Union and Belarus,” Putin said, adding that he does not see a threat to the Customs Union, which includes Russia, Belarus and Kazakhstan.

In November, the Russian, Belarusian and Kazakh presidents signed a declaration on Eurasian economic integration, a roadmap of integration processes aimed at creating the Eurasian Economic Union, which will be based on the Customs Union and common economic space among the three countries.