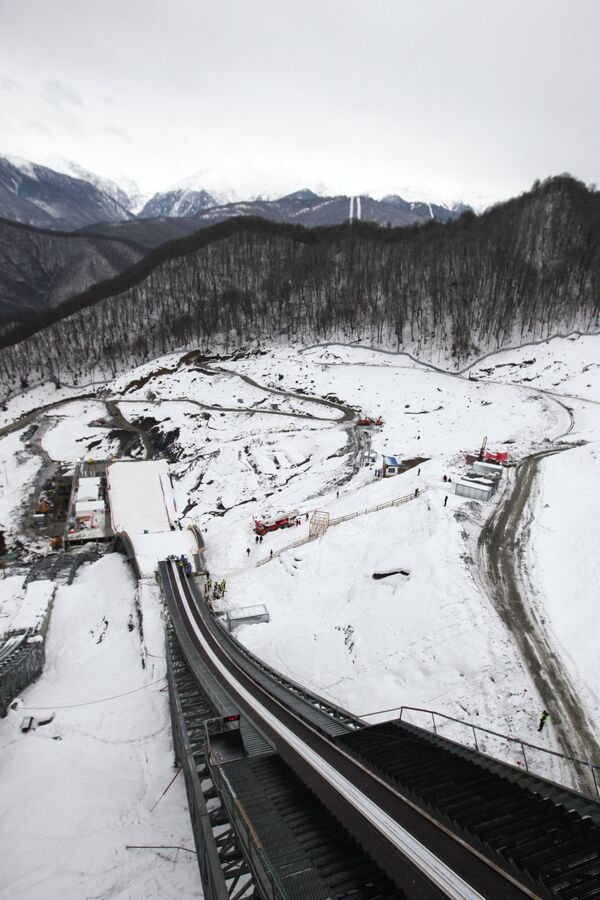 The ski-cross course for the 2014 Sochi Winter Olympics ranks among the world’s most challenging and best-prepared, FIS freestyle coordinator Joseph Fitzgerald said Wednesday.

The ski-cross course for the 2014 Sochi Winter Olympics ranks among the world’s most challenging and best-prepared, FIS freestyle coordinator Joseph Fitzgerald said Wednesday.

Ski-cross was added to the Winter Olympics for the 2010 Vancouver games, and pits four skiers against each other in a race on a track featuring jumps and hazards.

“The track is one of the most difficult on the world calendar, but more interesting … I think [the skiers] will like it,” Fitzgerald said in comments carried by the Freestyle Federation of Russia.

“I can honestly say that I haven’t seen a better-prepared track this season, even though I’ve been at several stages of the World Cup and European Cup.

“The preparation was conducted in constant contact with the FIS, and we don’t have the slightest issue with the Russian organizers.”

Fitzgerald added that the weather at the Rosa Khutor resort was perfectly suited to hosting ski-cross.

“There’s more than enough snow, practically no wind, the fog isn’t thick enough to disturb the athletes, these are absolutely fine conditions for ski-cross,” he said.

The ski-cross track hosted a stage of the Russian Freestyle Cup on Wednesday, its first major test event ahead of the 2014 Olympics.