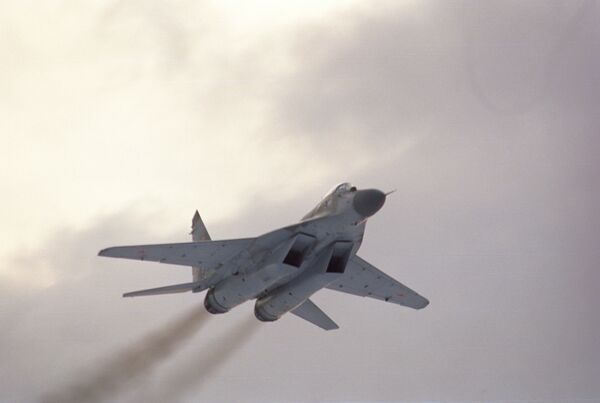 The Russian Defense Ministry has signed a contract with aircraft maker MiG for the delivery of 20 MiG-29K and four MiG-29KUB carrier-based fighter aircraft, MiG said on Wednesday.

The Russian Defense Ministry has signed a contract with aircraft maker MiG for the delivery of 20 MiG-29K and four MiG-29KUB carrier-based fighter aircraft, MiG said on Wednesday.

"Defense Minister Anatoly Serdyukov and MiG General Director Sergei Korotkov have signed the contract for the delivery of MiG-29K and MiG-29KUB carrier-based fighters," MiG said in a statement.

MiG wil deliver the aircraft from 2013-2015. The aircraft will operate from Russia's single serving carrier, the Admiral Kuznetsov, with the Northern Fleet based in Murmansk. The value of the deal has not been disclosed.

"The signature of this contract for delivery of these fighters is a real step in fulfilling our program for rearming the forces. The Naval Air Forces will get a modern combat aircraft as good as any in the world," Serdyukov was quoted as saying by his press service.

The contract will guarantee MiG a steady level of work in the medium term, Korotkov said.

The MiG-29K is a navalized variant of the MiG-29 land-based fighter, and has folding wings, an arrester tail-hook, strengthened airframe and multirole capability. It can be armed with a wide variety of air-to-air and air-to-surface weaponry. So far, the aircraft has only been exported to India for use on a refitted Russian-built carrier which is to be delivered at the end of this year.