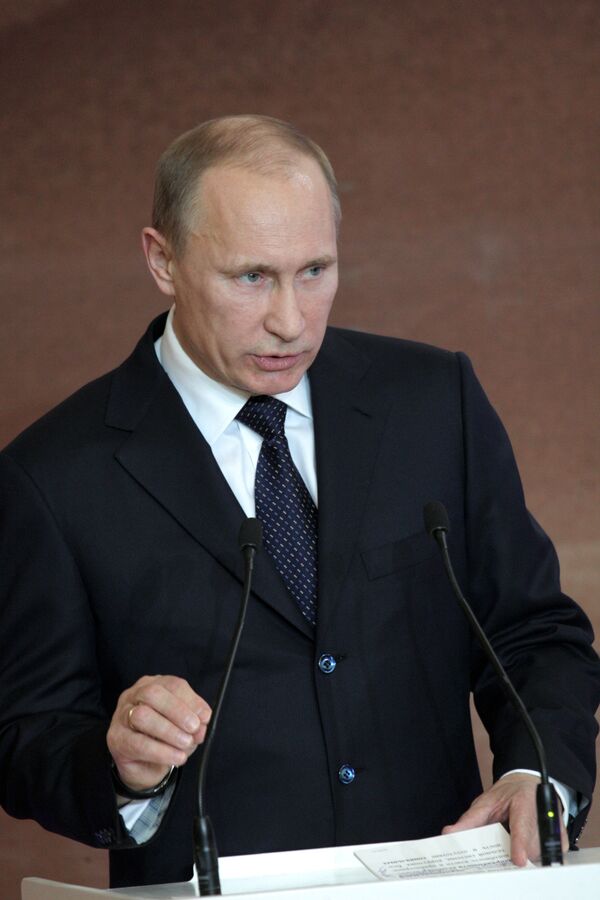 © RIA Novosti . Сергей Мамонтов
/
Go to the photo bank
Subscribe
Prime Minister Vladimir Putin has lashed out at the United States and other Western countries for selectively using human rights rhetoric as a pressure tool on other countries, including Russia.

Prime Minister Vladimir Putin has lashed out at the United States and other Western countries for selectively using human rights rhetoric as a pressure tool on other countries, including Russia.

“The United States and other Western countries strive to usurp human rights files, to politicize it completely and use it as a pressure tool,” Putin said in a lengthy campaign article on foreign policy, published by the daily Moskovskiye Novosti newspaper on Monday.

In the article, Putin repeatedly referred to the so-called “soft power” exercised by the West on other countries criticized U.S. attempts to influence the domestic politics in Russia with its help.

“Regular “political engineering” efforts by the United States in regions traditionally important for us and in Russia during the election campaign do not help strengthen mutual understanding,” the prime minister said.

Accusations of western attempts to undermine Russia’s influence over former Soviet republics and to destabilize the situation in Russia during national elections have become a hallmark of Putin’s foreign policy rhetoric since early 2000’s. This has been the case since West-backed popular peaceful uprisings, branded “color revolutions” and complaints of massive violations at the presidential votes changed regimes in Georgia and Ukraine. Foreign-funded non-governmental organizations, including human rights watchdogs, have been routinely labeled by Putin and other senior Russian officials as agents of foreign influence on domestic politics.

Putin is widely expected to be elected president for a third, non-consecutive term next month. At the parliamentary elections in December his United Russia party retained a majority in the State Duma, with the U.S. Secretary of State Hillary Clinton calling the vote unfair and not free. Putin accused her of encouraging massive street protests that followed after the vote.

“Russia feels the bias, partiality and aggressiveness of negative criticism directed against it, which often goes beyond imaginable limits,” Putin said. “When we are criticized unfoundedly, wave after wave, trying in an orchestrated manner to influence the attitude of their own citizens toward us and also, directly, the domestic political situation in Russia, then you understand that it is not high moral and democratic principles that stand behind it all.”

Putin said that, unlike Western powers, Russia, China, India and Brazil never sponsor or use local non-government organizations in other countries to advance their interests.