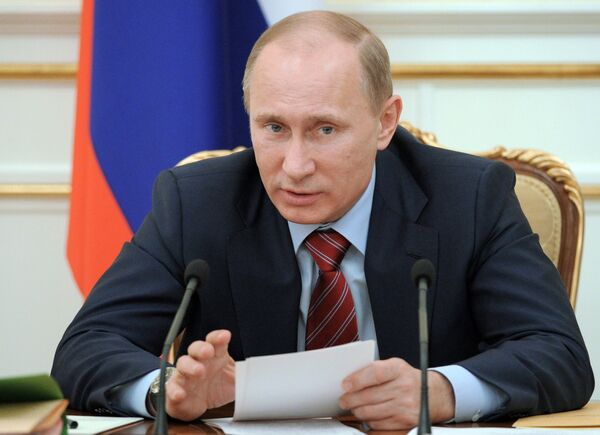 The article, the seventh in a series of Putin’s pre-election publications, will appear in Moskovskie Novosti (Moscow News) daily and will address the problems of the Arab Spring and missile defense, the situation around Iran and North Korea, Russia’s relations with NATO, U.S. and EU and on the role of social networks in the recent political events.

According to Putin, Russia will continue pursuing independent foreign policy.

“Moreover, I am convinced that global security can be ensured only together with Russia,” Putin writes warning against any attempts to weaken Russia and downgrade its defense capability.

“The Americans are obsessed with an idea of their absolute invulnerability, which, mind you, is utopian and technologically and geopolitically impossible. And that is the core of the problem,” Putin writes.

Putin, the frontrunner in this year's election campaign, served two terms as Russia’s president between 2000 and 2008 but the Constitution barred him from standing for a third consecutive term. He became prime minister after his handpicked successor, Dmitry Medvedev, was elected president.