Russia to Clear Military Base Lease Debt with Kyrgyzstan 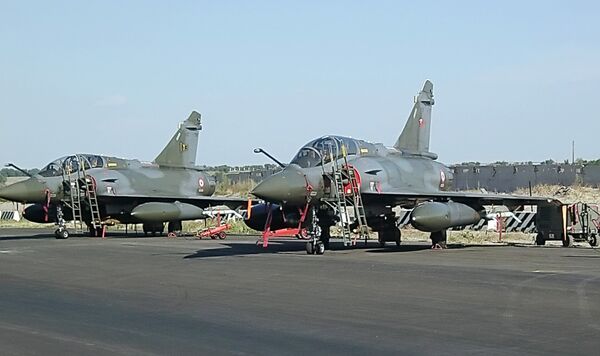 © RIA Novosti . Vladislav Ushakov
/
Go to the photo bank
Subscribe
The Kremlin confirmed on Saturday that Russia would fully pay off its $15-million debt to Kyrgyzstan for leasing military facilities there.

The Kremlin confirmed on Saturday that Russia would fully pay off its $15-million debt to Kyrgyzstan for leasing military facilities there.

Earlier in the day, Kyrgyz President Almazbek Atambayev, currently on a visit to Moscow, said in a radio interview that Russia was ready to pay off its debts for the lease of the Kant air base and several smaller military facilities “within ten days.”

“From its side, Russia has confirmed its readiness to pay for the lease and operation of infrastructure facilities in Kyrgyzstan (about $15 million),” the Kremlin said in a statement.

Both Russia and the United State have important military bases in the country. Kyrgyz media said Washington has paid its lease “without any delays.”

Russia has not paid "the measly rent" for its Kant air base for four years, Atambayev told Ekho Moskvy radio. He also complained that Russia did not meet its obligations to train Kyrgyz pilots.

Atambayev said Russian President Dmitry Medvedev had been kept in the dark about the debt and that he instructed the Defense Ministry to pay it off during talks between the two leaders on Friday.

The Kremlin said in its statement Kyrgyzstan’s $493-million debt to Russia was “a more complicated issue.” However, it said, there is “understanding” on the Russian side of the “difficulties faced by our partners because of the complicated financial and economic situation in Kyrgyzstan.” Russia is “ready” to consider various options that would allow Bishkek to pay off its debts to Russia, the statement said.

In his interview with Ekho Moskvy, Atambayev also said the U.S. air base at Manas will not stay in Kyrgyzstan after its lease expires in 2014. The base is a key strategic staging post for the U.S. military in Afghanistan.

"Just look at the situation with the U.S. and Iran. Iran possesses missiles that can hit targets thousands of kilometers away," Atambayev said. "They may target Manas, but what if they miss?"

On Wednesday, Russian Foreign Ministry spokesman Alexander Lukashevich did not rule out that the United States may use the facility to launch a military strike against Iran. The U.S. Ambassador in Moscow, Michael McFaul, later dismissed the idea.