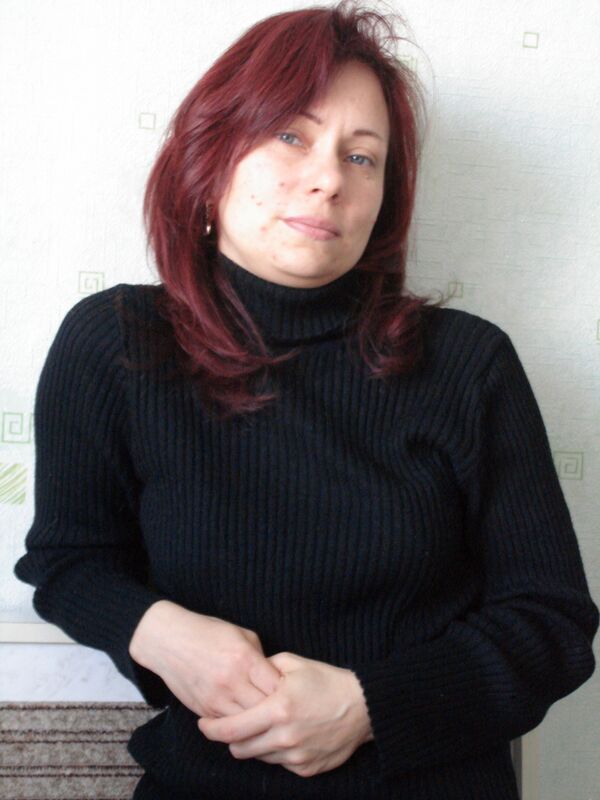 © Photo : Olga Lomakova
Subscribe
When Olga Lomakova and dozens of other residents of the west Siberian city of Omsk began to refuse food last month to draw attention to alleged police and court corruption they joined scores of people across Russia using hunger as an means of protest.

When Olga Lomakova and dozens of other residents of the west Siberian city of Omsk began to refuse food last month to draw attention to alleged police and court corruption they joined scores of people across Russia using hunger as an means of protest.

“Our hunger strike is an act of desperation and hopelessness,” Lomakova, 36, told RIA Novosti in a telephone interview on Friday. “We are doing all we can to draw attention to our plight and we hope the authorities will hear us.”

All but 15 of the more than 50 people who began the hunger strike in late January over issues ranging from the alleged framing of relatives by police to property fraud have now dropped out. One of the group, 64-year-old Alexei Nedelko, died after three days without food, when his weak heart could no longer take the strain.

From Moscow to the Urals, a bewildering diverse number of people - from housewives to opposition politicians, from army officers to pensioners - have begun refusing food to draw attention to a host of equally as varied grievances.

Lomakova alleges she was unfairly found guilty of a car accident in which one person died and two were injured, despite the testimony of nine eyewitnesses and a court admission that it was the other vehicle involved in the crash that ran a red light. She was sentenced to three years behind bars, to be served when her small son reaches the age of 14. The driver of the other car, Lomakova said, has “connections in the police force.”

“It’s frightening to live in a society where you have no rights, where the authorities wipe their feet on you,” Lomakova said. “When you struggle for something, you gain an inner strength and feel like a person, with a capital P.”

“This is my second hunger strike,” said pensioner Svetlana Kiseleva, who alleges she was cheated in a property deal by an Omsk company owned by a city lawmaker from Putin’s United Russia party. “The first time, local politicians came to see us, but nothing changed.”

“An ambulance has already come for me twice,” she added, as quoted by the Russian news website Public Portal “But I won’t go with them again – if I die, then I die.”

Opposition Left Front leader Sergei Udaltsov also undertook a hunger strike late last year to protest what he said was persecution by the authorities. And on Friday, political activist Tatyana Stetsura, from the Other Russia party, announced she would refuse all food and water to protest her arrest at a Moscow rally against the “dictatorship” of Prime Minister Vladimir Putin.

“A hunger strike is an extreme form of protest in the absence of other means of influencing the authorities,” Eduard Limonov, the leader of the radical, unregistered Other Russia party, told RIA Novosti on Friday.

“The authorities are pretty heartless,” he added, “so I’m not sure how effective they are. But people on them can at least count on public sympathy.”

In Moscow, dozens of army officers declared on Friday the start of a hunger strike in a bid to force military authorities to provide them with apartments. Putin and President Dmitry Medvedev have promised on a number of occasions to solve the critical problem of housing for servicemen, many of whom are forced to live with their families in one room accommodation without separate kitchens or bathrooms.

Putin vowed in 2010 to resolve the issue by the end of that year, “even if it kills me.”

“We have been forced to go on hunger strike by the lack of action by the authorities and their derisive attitude to us, our wives and our children,” the officers said in a joint statement as they began their hunger strike.

In the North Caucasus, a group of Stavropol region opposition activists are refusing food after being kept off the ballot for local elections.

“A hunger strike is the sole and last legal way we have of forcing them [Putin and Medvedev] to listen to us!” read a statement by the would-be candidates, who come from a number of different opposition parties.

And in the Urals city of Magnitogorsk, over 33 people have been on hunger strike since February 6 to protest the authorities’ lack of action in a case of alleged property fraud. Two of the group, including a ten-year-old girl, had earlier tied to kill themselves, local media said.

Russia’s most famous prisoner, former oil tycoon Mikhail Khodorkovsky, has also used the tactic of a hunger strike to draw attention to his case. And even football fans upset over the death of the FC Moskva side also refused food for a number of days in late 2010.

But while hunger strikes are a relatively new phenomenon in Russia, fasting for either religious or health purposes has deep roots here.

Throughout the centuries, Russian Orthodox monks and mystics have embarked on fasts as part of their spiritual quests. This tradition was continued in the Soviet era, most notably by Porfiry Ivanov, a St. Petersburg mystic locked up in an asylum for his promotion of extreme fasting as the path to “eternal life and union with God.”

But even modern Russia, notorious for its excesses, has seen its high-profile proponents of fasting. TV presenter Gennady Malakhov has hosted an immensely popular prime-time television show that promoted fasting as part of a healthy lifestyle.

A number of health farms near Moscow also offer “fasting weeks” that promise to “physically and spiritually” cleanse visitors.

But, in Omsk, for Olga Lomakova and her fellow protesters, hunger is a much more serious matter. However, despite three weeks without food, they know their fates still lie in the hands of the authorities

“Our physical and emotional resources have a limit,” she said. “There’s nothing else we can do.”