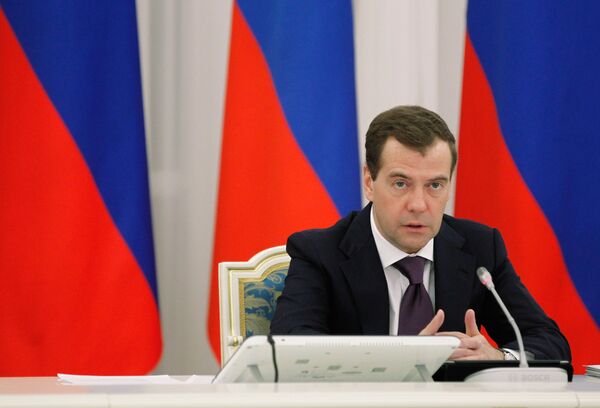 Medvedev and Ahmadinejad discussed the “dramatic situation” in Syria in a telephone conversation, where both presidents “urged the resolution of the current crisis by Syrian people using only peaceful means and without any foreign interference,” the Kremlin said in a statement.

“The sides agreed that the main goal today…is to prevent a civil war in the country, which may destabilize the situation in the whole region,” the statement said.

Earlier in the month Russia and China vetoed a UN Security Council resolution on Syria that called on President Bashar al-Assad to step down. Thirteen of the council’s 15 members voted in favor of the resolution to help stop the violence in Syria.

Russia said the resolution was “unbalanced” and reflected “tendencies that are cause for our concern: attempts to isolate the Syrian leadership, reject any contacts with it and impose a political settlement formula from outside.”

Syria has been the scene of continuous anti-government protestsfor almost a year. According to the UN, more than 5,400 people have died in the unrest. The Syrian authorities said that over 2,000 military and law enforcement officials were killed in clashes with well-armed militants.