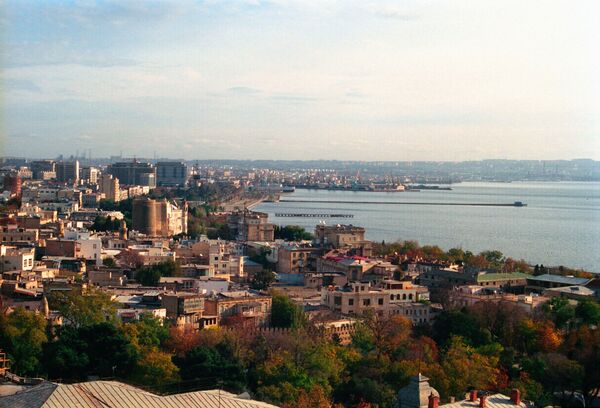 The group, led by a Sepah officer called Hamid and Hezbollah operative Hadji Abbas, was planning to stage attacks against the Israeli embassy and a Jewish cultural center in the Azeri capital Baku, AzTv said.

The United States lists Sepah and Hezbollah as terrorist organizations.

It is not clear how many people were detained.

AzTv said the group had been collecting intelligence and stocking up on weapons and explosives.

On Monday, an Iranian journalist was detained in Baku on drug possession charges.

Ties between Tehran and Baku have deteriorated in recent years. Last month, Azerbaijan said it thwarted a terrorist plot against Israel’s envoy in Baku by two people allegedly linked to Iran’s intelligence services.

Tehran later accused Azerbaijan, which borders Iran and has friendly relations with the United States and Israel, colluding with the Israeli intelligence in the killing of an Iranian nuclear scientist in January.