Design Museum to Roll through Moscow 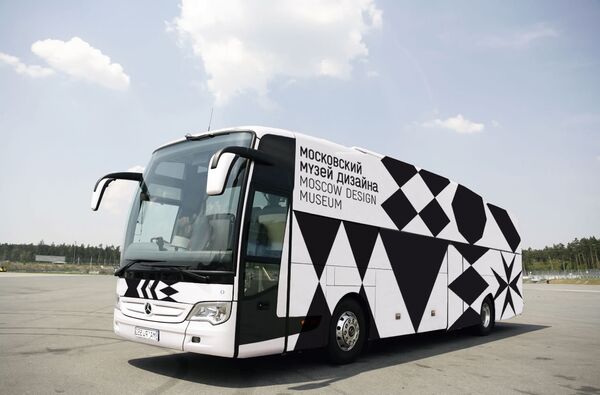 © Photo : ArtPlay Center
Subscribe
Plans for a unique Design Museum whose collections will be showcased in a former bomb shelter and tour on a bus through city streets were unveiled at a public presentation in Moscow’s ArtPlay hub on Friday.

Plans for a unique Design Museum whose collections will be showcased in a former bomb shelter and tour on a bus through city streets were unveiled at a public presentation in Moscow’s ArtPlay hub on Friday.

“The museum will include two separate parts: showrooms housed in a former bomb shelter hidden in the architectural splendor of Moscow’s downtown Artplay center and a special bus to roll through the city streets,” museum co-founder Alexandra Sankova said, adding that the official opening is scheduled for this summer.

The mobile display is being organized jointly by ArtPlay, World of Buses festival and the Cine Fantom film club. “The Mercedes Benz bus is now being reequipped in the City of Kolomna,” said Nadezhda Bakuradze, World of Buses chairwoman.

The reequipping of the vehicle costs about 2 million rubles ($67,000), she continued, adding that the seats had been removed and a projection screen is to be installed. The rolling museum will not charge an admission fee, she said.

The unique design of the museum was developed by the Dutch Lava Graphic Design Studio.

While plans and projects are still coming together, co-founder Sankova said both parts of the museum will feature 3-D objects as well as "digital wizardry."

“Our collections will include about 80 percent from foreign designs and 20 percent from Russian designs. This is because we will focus only on the most prominent and interesting products,” Sankova added.

The project was unveiled first on February 10 at London Design Week, where it got an enthusiastic reception.