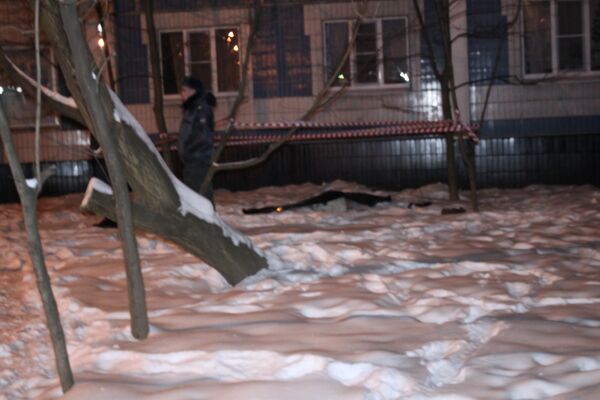 The recent spate of suicides by teens and young children continued in Russia on Thursday as four more youngsters took their lives.

Moscow police reported that a 12-year-old girl committed suicide by hanging herself in her apartment on Thursday evening, the twelfth teen suicide in Russia over the past two weeks.

Also on Thursday, a sixth-grader in St. Petersburg killed herself by jumping from an eighth-floor window and a girl in southwestern Moscow committed suicide by jumping from the 16th floor.

In addition, investigators in Kalmykia on Thursday initiated a criminal investigation into the suicide of a ten-year-old girl in the capital, Elista.

Ten days ago, two girls, eighth grade students, committed double suicide after jumping from the roof of a house in the town of Lobnya outside of Moscow. Reportedly the girls had skipped classes for two weeks and were afraid about what would happen when their parents found out. The next day a 15-year-old teenage boy jumped out of the window of an apartment house in Moscow after, according to investigators, a family quarrel.

On Saturday, a ninth-grade girl jumped from a window in the Perovo region of Moscow.

Russia’s Krasnodar region on Tuesday reported that a 13-years-old boy hung himself on Saturday. The investigating authorities of the Tomsk region reported that a boy committed suicide by hanging himself the same day.

Investigators in Bashkortostan on Tuesday started investigating the details of the suicide of a teenager who hanged himself on February 9 in the village of Iglina, apprently due to relationship problems.

Russia ranks third in the world in terms of the number of suicides committed by adolescents, with average suicide rate among the adolescent population being more than three times higher than the world’s average, according to UNICEF data published in November 2011.

While the level of adolescent depression in Western countries does not exceed 5 percent, the same level in Russia is hovering at about 20 percent. Statistics show that 45 percent of girls and 27 percent of young men in Russia have had thoughts of suicide, UNICEF added.