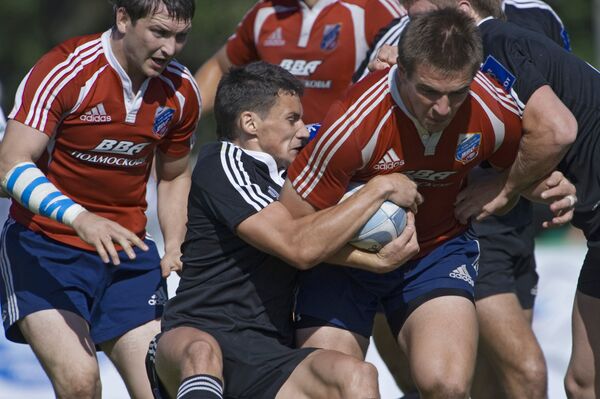 Russia will fight for a place in an expanded World Series at the Hong Kong Sevens rugby tournament next month, the IRB revealed Thursday.

Russia will fight for a place in an expanded World Series at the Hong Kong Sevens rugby tournament next month, the IRB revealed Thursday.

The Sevens World Series will be expanded from 12 teams to 15 for the 2012-13 season, with spots offered to the top three finishers in a qualifying tournament in Hong Kong, running alongside the main tournament from March 23 to 26.

Russia will face Portugal, Japan and Guyana in their group, with the top two progressing to the quarterfinals of the qualifying competition alongside the two best-performing losing teams.

‘If we do that, we’ll be in every IRB tournament next year, so that would be a massive achievement and a big target for us to try and achieve, and one that is achievable.”

He added that he would work with assistant coach Henry Paul, who coaches the sevens team, to select the squad.

“I think there are two or three players that will be selected for Hong Kong from the core 15 squad, but I’m working with Henry to encourage that.”

Russia has become a regular at the Hong Kong Sevens in recent seasons, but has never played on the main World Series tour. The 15-man rugby union squad made their World Cup debut in 2011, going out in the group stage but winning plaudits for the quality of their rugby.