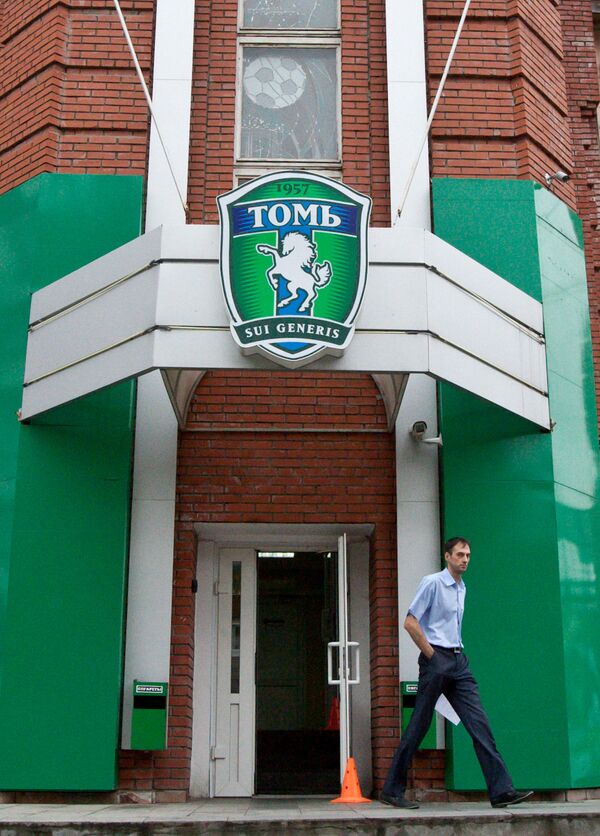 Rosneft and Gazprom Neft both invested $3.25 million to each take a 25 percent stake in the Siberian club, while the other two stakeholders are the Tomsk regional government and the club itself.

The announcement was made Thursday by the club's general director Yuri Stepanov, after four parties signed an agreement in the presence of Russian Prime Minister Vladimir Putin that appeared to guarantee Tomsk's survival, at least in the short term.

Putin vowed earlier this year that the state energy giants would bail out the league's bottom club, which is under a transfer embargo over unpaid debts, as long as its ownership structure becomes clear.

The club's present difficulties stem from the regional government's decision to withdraw financial support in November 2011 after other sponsors pulled out.

The announcement comes a day after Tomsk governor Sergei Zhvachkin ruled out financing the club from the regional budget. It also comes less than three weeks before Putin is expected to clinch a third term as president in nationwide elections.

Tomsk currently sit bottom of 16 clubs, seven points adrift of safety in the Russian Premier League, which resumes after its winter break on March 3.