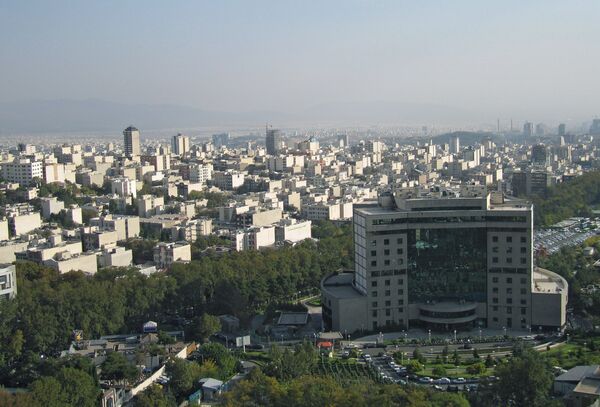 © RIA Novosti
Subscribe
Hundreds of police officers were deployed in Tehran on Tuesday evening to prevent opposition protesters from taking to the streets for the first time in a year.

Hundreds of police officers were deployed in Tehran on Tuesday evening to prevent opposition protesters from taking to the streets for the first time in a year.

Opposition groups had called for protests to mark the first anniversary of a major demonstration that resulted in Green Movement leaders Mir Hossein Mousavi and Mehdi Karoubi being placed under house arrest.

Iranian authorities had pledged to crack down hard on any protests on Tuesday and riot police lined streets throughout the center of the Iranian capital. Other officers waited in parked vehicles but there was little disruption and nearby shops remained open for business.

There was no sign of any demonstration by 10pm local time (18:30 GMT), although opposition websites reported at least one minor clash between Green Movement supporters and police. The report could not be verified.

Email services had been down throughout Tehran in recent days, although they were up and running again by Monday evening. Iranian authorities denied the Internet problems were connected to the planned protest.

“I don’t think there will be a protest today,” Tehran resident Alirera Ismaili told RIA Novosti at Haft-e- Tir Square, the site of earlier protest rallies, earlier on Tuesday, “There are not that many opposition people around these days.”

“And look, they even put the Internet back on,” he added, standing opposite a mural of Supreme Leader Ayatollah Ali Khamenei and his predecessor, Ayatollah Khomeini, “That shows the authorities are not afraid of anything.”

Iranians vote in parliamentary elections in early March, the first polls here since the disputed 2009 presidential elections, which saw the re-election of President Mahmoud Ahmadinejad.