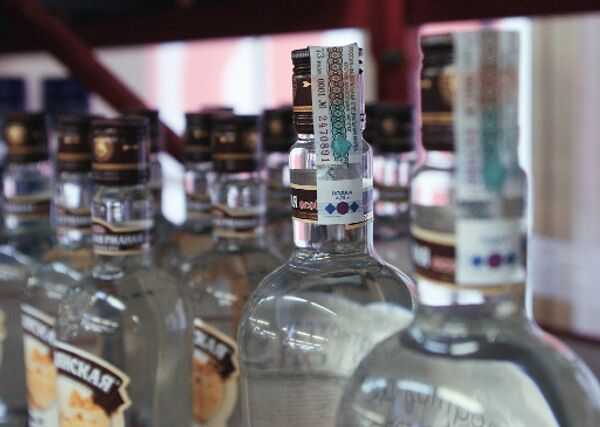 The Kremlin has created its own brand of premium vodka, to be served at official events involving the Russian president.

The Kremlin has created its own brand of premium vodka, to be served at official events involving the Russian president.

The new beverage, titled Kremlin Award, was presented at the ProdExpo 2012 exhibit in Moscow on Tuesday. Four companies, including the Moscow-based Cristall distillery and Armenian concern Multi Group, were involved in production.

Only the best grains and ethanol brands are used for the vodka, which unspecified European and global companies worked on, spokesman for the presidential administration Viktor Khrekov, said on Tuesday.

The vodka is already being served at Kremlin events, Khrekov said. He did not elaborate on whether it will be available outside the presidential administration or not but at least one Russian online store on Tuesday offered it for purchase at the modest price of 792 rubles ($26.4) for a half-liter bottle.

The presidential administration previously launched a line of cognacs, which were produced in Armenia and were also titled Kremlin Award.

Neither outgoing president Dmitry Medvedev nor his predecessor and likely successor Vladimir Putin have exhibited any predilection for vodka, mostly drinking champagne at official events. Putin is also known to have a beer at informal public gatherings.