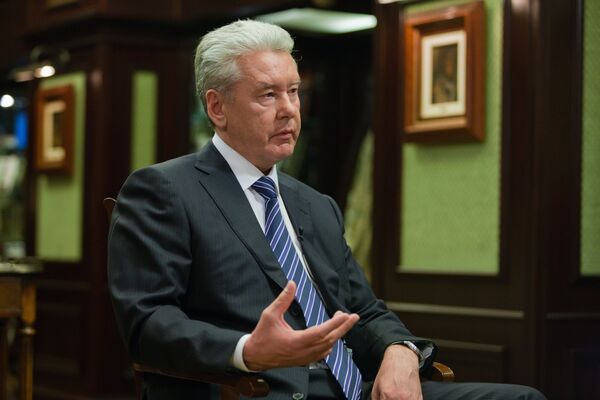 Many federal officials go to work by car in the morning creating large traffic problems in the city center. They have to leave their cars in by-streets near their place of work or near the curbs due to lack of parking lots. The Moscow mayor believes apartment owners and hotel visitors would make less transportation bogs than government officials.

"I think we should make apartments and hotels (there)," Sobyanin told the paper.

He added that the buildings currently occupied by ministries and various agencies could be "one of the promising ways for investment" as the buildings would lose the status of inviolable properties and could be sold to investors to upgrade them building a necessary infrastructure, including underground parking.

Sobyanin also said that there would be three times more operating hotels in 2012 compared with last year. The city government will also support the opening of low-cost and mid-cost hotels as well as luxury hotels.

Under information from TripAdvisor international tourist web-portal, Moscow ranked fourth place in a list of the 15 fastest growing tourist destinations this January though city hotel prices were estimated as the most expensive among European capitals.

Last summer, Russian President Dmitry Medvedev suggested adding 144,000 hectares of the western, southwestern and southern areas near Moscow to create a new federal region. Under Medvedev's proposal, the Russian government offices would move to the new territories to improve transportation flows in the capital and raise infrastructure and urbanization.