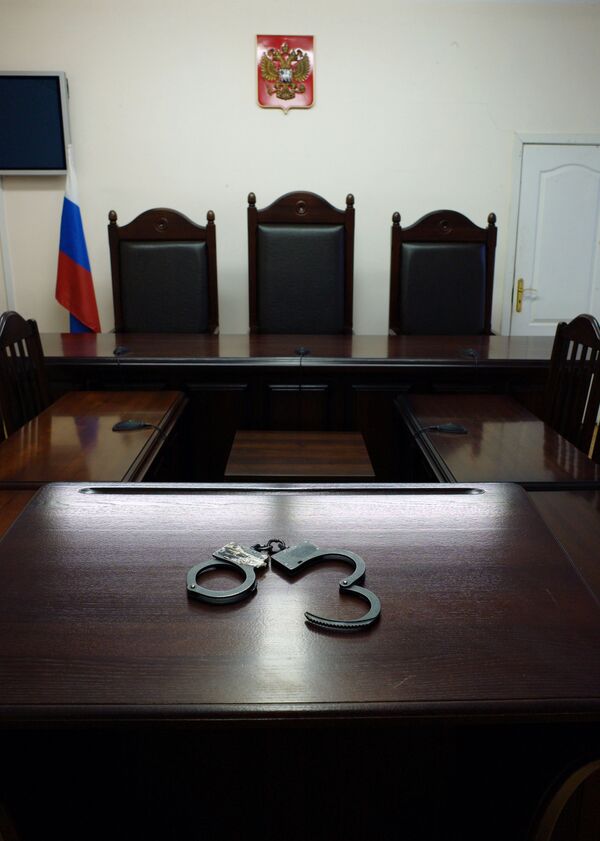 On Wednesday, two days after Prime Minister Vladimir Putin said that there are no political prisoners in Russia, two opposition personalities, journalist Olga Romanova and State Duma member Gennady Gudkov, submitted to the presidential administration a list of 39 inmates whom they describe as “political prisoners.”

“Political prisoners,” a term more often associated with the Soviet past, has returned as a prominent issue in the modern Russian political discourse after this winter’s anti-government protests made their release one of the opposition's main demands.

“Literally, of course, we don’t have political prisoners, we don’t have charges, say, for anti-Soviet propaganda or anti-Putin propaganda,” Gudkov was quoted by Kommersant-FM radio late Wednesday.

“But the political nature of many criminal prosecutions is perfectly obvious.”

Gudkov said that organizers of the protest expect a public reaction from President Dmitry Medvedev on this topic by the end of February. The president has the authority to pardon and release any inmate.

Putin, who is set to replace his loyal ally Medvedev in the Kremlin after the presidential elections in March, has already denied the existence of the political prisoners in Russia.

“I don’t think we have any political prisoners, thank God,” Putin said on Monday at the meeting with Russia’s political experts. “Show me just a single one who is jailed on political motives.”

Among the names on Romanova’s list are Yukos head Mikhail Khodorkovsky and his partner Platon Lebedev, jailed on fraud charges, Other Russia activist Taisiya Osipova, convicted on drugs charges, and Interior Ministry officer Sergei Arakcheyev, sentenced for killing three civilians during the military conflict in Chechnya in 2003.

Although Russian law provides no punishment for peaceful political activity, the Criminal Code does persecutes on “extremism” charges that can be used against banned radical groups such as the National Bolsheviks, Slavic Union and others.

The lack of a legal definition of political prisoners and disparate political agendas have led to bitter disputes between Russia’s opposition groups on who exactly they want to see freed.

For example, radical opposition leader Eduard Limonov, dozens of whose followers have served and are still serving prison terms for non-violent escapades, such as the occupation of government buildings, does not recognize Khodorkovsky a political prisoner, while the former billionaire has nearly iconic status as a victim of political persecution among the Russian liberals.

“He is not in jail for his political beliefs, he is in jail for economic crimes,” Limonov told RIA Novosti. “I feel sympathy for him, but let’s be precise, it’s my people [members of unregistered The Other Russia nationalist party] who are in jail for their political activity,” he said.

Khodorkovsky and Lebedev are on Amnesty International’s list of prisoners of conscience.

“In our opinion, the charges against Tikhonov and Khasis haven’t been proved. They are charged with something they didn't do,” Tor said.

Nationalists unveiled on Wednesday their own list of 23 victims of Russia’s political regime that included, in addition to Tikhonov and Khasis (who are missing from Romanova’s list), a former intelligence officer Vladimir Kvachkov, accused of plotting an armed mutiny in Moscow for the forceful overthrow of the government.

Ilya Yashin, the leader of the Solidarnost opposition group, said that “those who defend their political interests with the help of gun and force” cannot be called “prisoners of conscience.”

“We cannot call a person 'a prisoner of conscience' if he openly advocates violence against other people,” the AI researcher on Russia Friederike Behr told RIA Novosti, adding that AI studies each particular case whether it’s a politically motivated prosecution or punishment for a real crime.

“Of course there are political prisoners in Russia,” said Sergei Davydov, of the Russian Memorial human rights group. He specified that a person can be called a political prisoner if his rights were violated because of the authorities’ political motives.

Davydov said that it is natural for Putin to deny the existence of political prisoners in Russia. “If he confirms it, it would mean Russia is a country with repressive power.”

Alexei Mukhin of the Moscow-based Center for Political Information think tank, who was among the experts at the meeting with Putin on Monday, said that the distinction between a political prisoner and an ordinary felon is very fine.

“Any prisoner is regarded as political if he has powerful support teams that pursue some political or social goals,” Mukhin said.

The expert explained that no one can be viewed as a victim of the ruling regime if he or she violates the law in their activity.

Mukhin also said he thought it likely Medvedev would pardon someone from Romanova’s list.

Meanwhile, Putin said Monday that he would not abolish extremism charges in the Criminal Code, which often serve as a pretext for persecuting opposition activists since it “keeps the country in shape.”