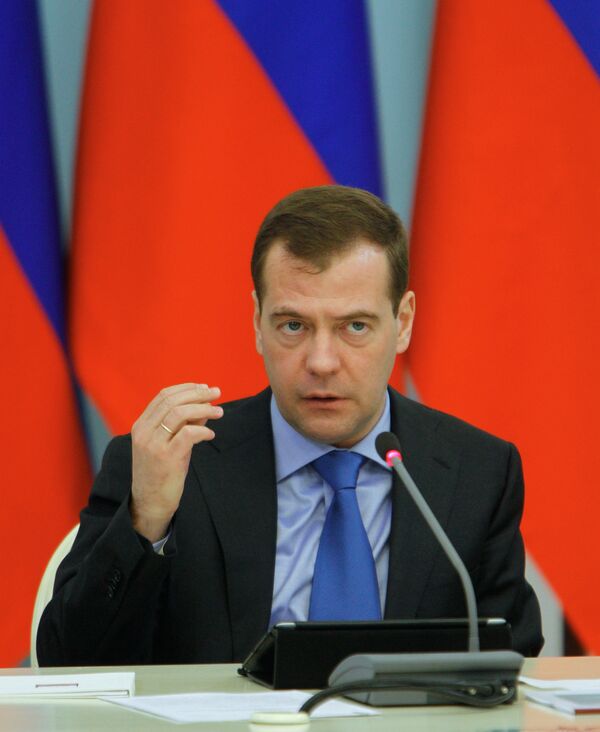 The list included 41 professional spies and 158 agents in the pay of foreign spymasters, Medvedev said at a meeting with the staff of the Federal Security Service (FSB).

He did not elaborate on the spies’ home countries, but said some of the agents were Russian nationals.

Medvedev also urged the FSB to devote more effort to combating industrial espionage against Russian enterprises. He did not name any industries or companies targeted.

The FSB also prevented 94 “crimes of a terrorist nature,” including eight terrorist attacks, in 2011, Medvedev said. But he conceded the number of such attacks is not decreasing.

The agency reported foiling a plan to dispatch a suicide bomber to downtown Moscow on New Year’s Eve, but failed to prevent a similar attack in Moscow’s Domodedovo Airport in January 2011, when 37 were killed in the blast.