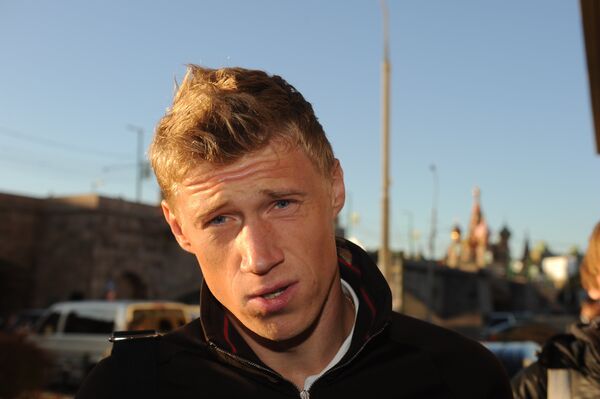 Fulham coach Martin Jol signed Pogrebnyak on a six-month loan deal from VfB Stuttgart at the end of the European transfer window January 31.

Pogrebnyak is staying in Paris with a fitness coach from Fulham, and expects to receive his paperwork on Wednesday, Sport-Express reported.

Jol has told the club’s official website that he expected the paperwork be completed by the end of the week to have Pogrebnyak available for Saturday's home Premier League match against Stoke City.

Pogrebnyak is best known for his time at Zenit St. Petersburg, where his aerial ability proved valuable in the Russian club’s 2008 UEFA Cup triumph, although he was suspended for the final.

He also scored the first goal in Zenit's 2-1 Super Cup win over Manchester United that year.

Pogrebnyak has appeared 30 times for Russia, scoring eight goals. He missed the 2008 European championships with a knee injury.