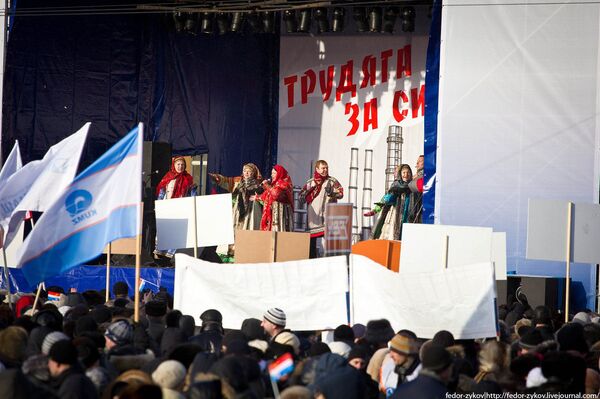 The group, which is endorsed by the Kremlin, plans to give political representation to country’s 27 million workers, local news web site Ura.ru reported.

It aims to help Putin in his campaign for the presidential elections on March 4, mobilizing workers in Urals and other industrial regions, Ura.ru said.

Igor Kholmanskikh, a worker in a tank factory in the city of Nizhny Tagil, is a co-founder and the informal leader of the movement.

Kholmanskikh made headlines in mid-December, when he offered Putin to go to Moscow with his friends and personally disperse anti-government protests, which saw tens of thousands rally in the capital against alleged rigging of the parliamentary elections.

“In Defense of the Working Man” may also transform into a political party following the elections or possibly take the Liberal Democratic Party away from its leader, the flamboyant populist Vladimir Zhirinovsky, the report said, adding that 65-year-old Zhirinovsky is reportedly ready to part with his political vehicle for $50 million.

Putin’s campaign staff are planning to counter the growing mood for opposition protests by mobilizing their own supporters, media reported earlier.

An unidentified official confirmed the strategy to Ura.ru, saying that “there’s a huge risk of a public standoff on the country's [public] squares” after the elections.