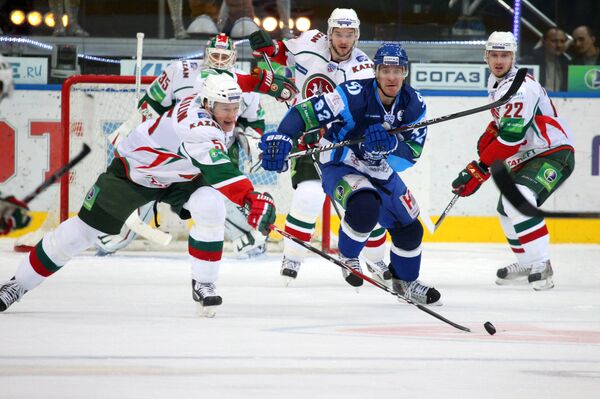 To avoid fatigue, Russia will not be able to pick players who have featured in KHL games currently scheduled for February 6 and 7 for the third round of the Tour from February 9 to 12, Belov said, although only one player is currently affected.

Belov said he wants the calendar to avoid such obstacles in future.

“Even if there were candidates from teams that will play February 6 and 7, we would not be able to take them on the Swedish leg [of the Euro Hockey Tour]. It wouldn’t be right at all. This problem is generally there,” Belov said.

“We had a very tricky moment with the second team in December, when we literally had to fly home on the morning after the game. Therefore in the future the KHL calendar needs to introduce corrections.”

Russian hockey star Alexander Radulov will skip next month's Euro Hockey Tour round in Sweden to recuperate after a tough sequence of games for his club Salavat Yulaev.

Former Nashville Predators wing Radulov has helped his country to the top of the Euro Hockey Tour overall table, scoring five goals in the six games of the first two rounds.

He is the competition's top scorer, followed by Czech forward Zbynek Irgl, Sweden's Staffan Kronwall and Jarko Immonen of Finland, all on three goals.