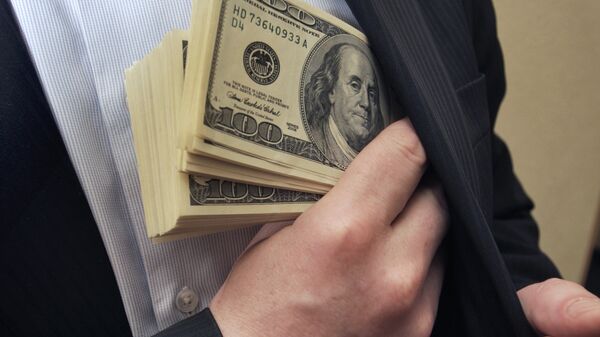 President Dmitry Medvedev announced the signing into law of the Anti-Bribery Convention of the Organization for Economic Co-operation and Development (OECD) on Wednesday.

The convention was created in 1997 by the OECD, a group of 34 countries comprising of many of the biggest global economies, including the United States, Australia, Canada, Japan and most members of the European Union. Russia is not a member, but is seeking entry.

Convention signees are to formally punish their citizens for paying bribes outside their country, said Yelena Panfilova, head of the Russian branch of Transparency International.

China now remains the only major economy to not have signed the convention, however, it is currently fast-tracking the process, Panfilova said.

Paying bribes abroad was not a crime in Russia until May 2011, when the country changed its legislation as it was preparing to sign the OECD convention. Russia’s formal ascension to the convention is expected to be completed no earlier than May 2012, after which the country would be subject to peer-review anti-corruption monitoring by the organization.

Russia ranked last in the world’s 28 biggest economies in the 2011 edition of Bribe Payers Index composed by the anti-corruption watchdog. China was 27th on the list, which was topped by the Netherlands and Switzerland.

She could not name any Russian companies caught red-handed paying off foreign officials but noted that many Russia-based energy companies are working in former Soviet states or in northern Africa, two regions with a poor track record on corruption.

“We can assume that our business people act no better there, and perhaps worse, than anyone else,” Panfilova said.

But lack of punishment gave Russian businesses an edge over their American or European competitors, who face domestic sanctions over paying bribes outside their home countries, she said.

There were several high-profile graft cases over the foreign activity of Western companies in recent years. The most prominent of those were a crackdown on the Siemens conglomerate in Germany in 2008, which ended in a record fine of $1.3 billion, and the case of Daimler car producer, which admitted in a U.S. court in 2010 to paying millions of dollars in bribes worldwide, including in Russia.

Lawyer Alexei Navalny, whistleblower par excellence, has actively lobbied for Russian bribe-taking officials identified by Daimler to be prosecuted but the Investigative Committee only reported last month, after working on the case for almost two years, that it “identified the suspects.” No Russian official faced punishment for accepting bribes.

“There were no such cases involving Russian businessmen because there was no one to investigate them,” Panfilova said.

But the situation will change, she said, because Russia is now legally obliged to look into all reports by OECD members that Russian companies are paying bribes to officials anywhere in the world.