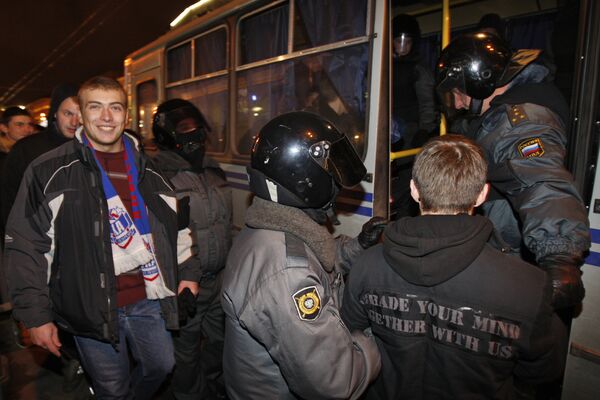 The authorities approved the opposition’s request to gather up to 30,000 people for a march in the city center, said Maxim Reznik, a deputy with the liberal Yabloko party in St. Petersburg’s parliament.

Putin, widely seen as the favorite in the March 4 presidential vote, has himself called for fair and transparent elections, and is overseeing a plan to install web cameras at all of Russia’s polling stations to prevent fraud.

Earlier, Moscow authorities gave the go-ahead to a 50,000-strong march through part of the city on February 4, declared by opposition leaders as a nationwide day of protest.