Churov Accused of Spying for Britain 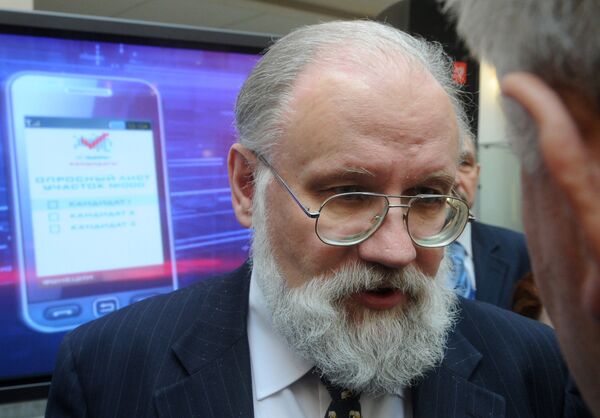 Taking “spy mania” to the heights of absurd, a group of Communist lawmakers asked the Federal Security Service to check the country’s election tsar for ties to British intelligence.

But Keefe served on Britain’s Joint Intelligence Committee and is an expert on dissident movements staging “velvet revolutions,” which raises questions about the nature of his ties with Churov, the lawmakers said.

The letter, authored by nine Duma deputies with the Communist Party and available on the party’s web site, formally requests the FSB to investigate Churov’s ties with Keefe. Neither Churov nor the law enforcement agency commented on the request as of Monday evening.

The move appears to be a tongue-in-cheek retort to the ruling United Russia earlier attacking opposition activists and legislators over their meetings with American and British diplomats.

Newly appointed U.S. envoy to Russia, Michael McFaul, met with representatives of the Communist Party, as well as A Just Russia and Yabloko parties and independent activists, shortly after arriving to Russia earlier this month.

This has prompted the ruling party to request last week the FSB to investigate lawmakers’ contacts with McFaul, as well as a British diplomat accused of espionage in 2006.

United Russia deputy Alexander Khinshtein, who filed the request, attested McFaul “an expert on Orange revolution” and said the United States were plotting to overthrow the Russian government. He also denied his allegations were a “spy scare.”

Many activists who met with McFaul were instrumental in organizing sweeping anti-governmental protests following December’s Duma elections, which protesters dismissed as rigged. Kremlin supporters alleged the rallies were preparation for an “Orange revolution,” but President Dmitry Medvedev conceded later that the protests were peaceful.