Radulov to Skip Swedish Round of Euro Hockey Tour 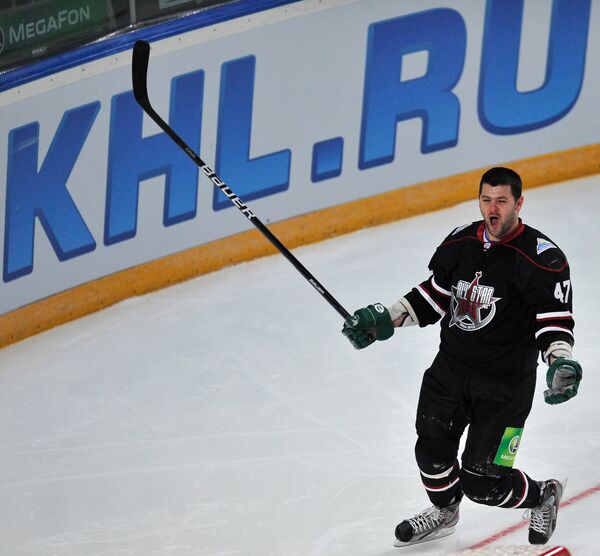 Russian hockey star Alexander Radulov will skip next month's Euro Hockey Tour round in Sweden to recuperate after a tough sequence of games for his club Salavat Yulaev, a Russian official told RIA Novosti on Monday.

Former Nashville Predators wing Radulov has helped his country to the top of the Euro Hockey Tour overall table, scoring five goals in the six games of the first two rounds. He is the competition's top scorer, followed by Czech forward Zbynek Irgl, Sweden's Staffan Kronwall and Jarko Immonen of Finland, all on three goals.

But Valery Belov, an assistant to head coach Zinetul Bilyaletdinov, told RIA Novosti on Monday that Radulov would be rested for the February 9-12 Oddset Hockey Games in Stockholm and Helsinki.

"The workload at his club has been really high," Belov said. "He's playing a lot, and has already taken part in two Euro Tour events, so we've given him the chance to recover a bit and then we can have a look at the other guys, at how the team will look without Radulov."

Radulov has played in 42 of Salavat Yulaev's 46 games so far this season, including seven times in the last two weeks.