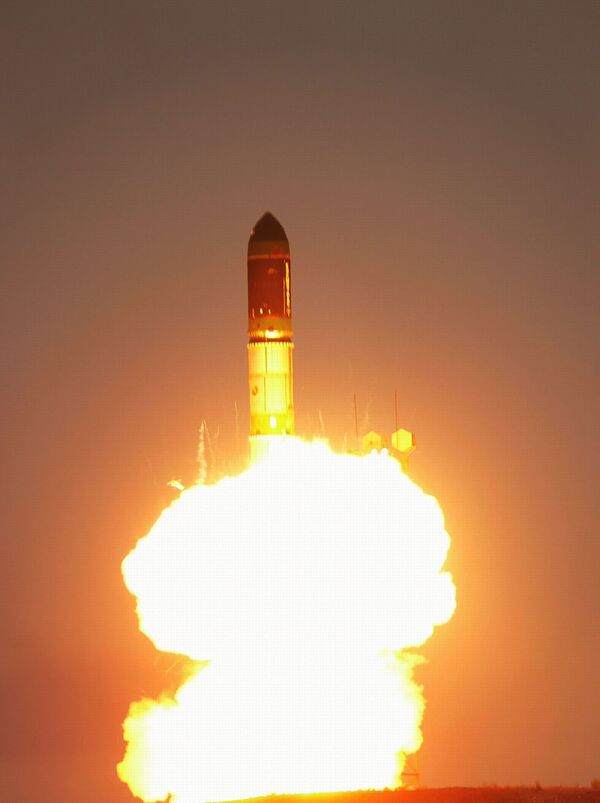 Ukraine and Russia will carry out two rocket launches under the joint Dnepr space program, head of the National Space Agency of Ukraine Yuri Alekseyev said on Friday.

Moscow has recently decided to continue the implementation of the joint Russian-Ukrainian program to use decommissioned RS-20 intercontinental ballistic missiles (ICBM) in commercial space launches under the Dnepr program.

“We are planning to carry out two launches [this year],” Alekseyev told reporters in Kiev.

“The first, with a Korean KOMPSAT-5 satellite, is tentatively scheduled for April-May…and probably in September or October we will have a launch with a large number of Arab satellites,” he said.

Alekseyev said the price of the launches would be the subject of negotiations with the Russian Defense Ministry.

“We want to lower the price, they want to make it higher, and that's natural because it’s a market economy,” he said.

The RS-20, classified by NATO as the SS-18 Satan, is the most powerful ICBM in the world. It was first launched in 1973 and is still in service with Russia's Strategic Missile Forces (SMF).

RS-20 missiles are being gradually removed from the Russian arsenal and converted into Dnepr launch vehicles.

Alekseyev said Ukrainian experts continue to take part in the maintenance of the remaining 52 Satan missiles in service with Russia’s SMF.