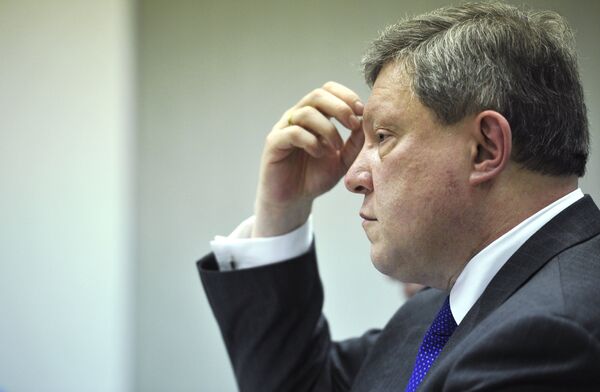 Yavlinsky collected two million signatures in support of his bid as required by law but two consecutive checks, the second of which was wrapped up Tuesday evening, showed 25.66 percent of them to be invalid, Commission Secretary Nikolai Konkin said. The law caps the amount of faulty signatures at five percent.

The CEC also determined that the total number of valid signatures Mezentsev collected in support of his candidacy was below two million. The CEC sampled a little more than 105,000 signatures and found more than 15,000 of them to be invalid. At that point it stopped further verification of signature sheets.

The only independent presidential candidate who submitted a valid list of signatures was billionaire Mikhail Prokhorov. His list contained less than five percent invalid signatures. On Wednesday Russia’s election authorities officially registered Prokhorov to run in the presidential elections.