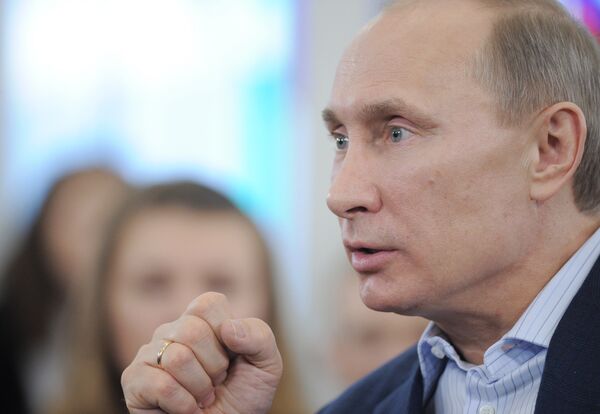 Russian Prime Minister Vladimir Putin on Wednesday said he was lobbying the NHL to adjust its 2014 match calendar to release Russia's top players for the Sochi Olympics.

Russian Prime Minister Vladimir Putin on Wednesday said he was lobbying the NHL to adjust its 2014 match calendar to release Russia's top players for the Sochi Olympics.

Putin, who said he would invite NHL officials to Moscow to discuss the issue, also called for a match marking the 40th anniversary of the 1972 Summit Series between the Soviet Union and Canada.

"I have asked the sports minister to consult with our friends and colleagues from Canada," Putin said. "We need to make sure that our players who play in the NHL can come to the 2014 Olympic Games and so that the NHL calendar is adjusted accordingly."

The program to prepare Russian athletes for optimal performance at their home games has in essence already begun, with the country's prestige and reputation as a Winter Games powerhouse on the line, especially in the wake of the country's disastrous showing at the 2010 Vancouver Games.

Officials are loathe to leave anything to chance, and securing the participation of Russia's formidable NHL contingent is seen as crucial to the country's success and the competition's popularity.

Putin was speaking at a meeting with Alexander Yakushev, a double Olympic gold-winning hockey veteran who led the scoring for the Soviets in the eight-game series against Canada, which the Canadians won four games to three, with one tie.

Referring to the organization of a possible anniversary match, Putin told Yakushev: "We'll settle on it. We can hold [the match] not for the result but to pay our respects to what you and your friends did for the growth of hockey."