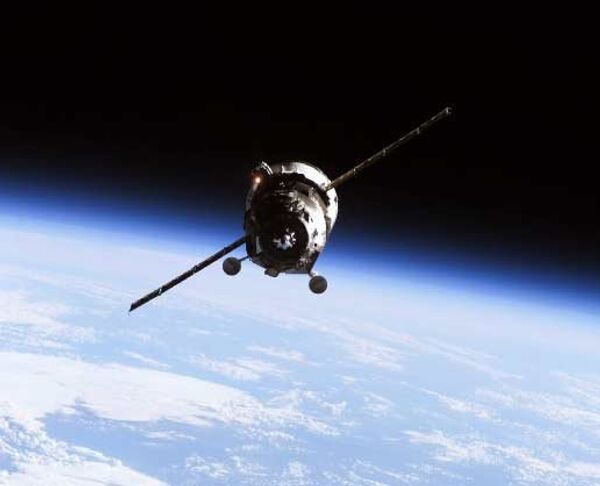 The space freighter undocked from the Pirs docking module as scheduled, at 2:10 Moscow time Tuesday (22:10 Monday GMT), in an automated mode.

"The space freighter will begin its flight to the Earth for subsequent sinking in a non-navigational zone in the Pacific Ocean. Engines are scheduled to be switched on for reentry braking on January 25, at 6:27 Moscow time [2:27 GMT],” the mission control spokesman said.

Progress-family freighters have been the backbone of the Russian space cargo fleet for decades.

In addition to their main mission as cargo spacecraft, they are used to adjust the ISS's orbit and conduct scientific experiments.

The departure of Progress M-14M will clear the path for the next Russian resupply vehicle, Progress M-13M, which will blast off from the Baikonur space center in Kazakhstan on Thursday.

Prior to Progress M-13M’s fiery demise above the Pacific Ocean, Russian ground controllers will bring it to a higher orbit by switching on its propulsion engines on Tuesday, at 5:35 Moscow time (1:35 GMT) and 6:22 Moscow time (2:22 GMT).

After the two orbit corrections, the Progress will be positioned at about 500 km to deploy the Chibis-M micro-satellite. Chibis-M is due to separate from the space freighter at 3:19 Moscow time on Wednesday (23:19 Tuesday GMT) and will remain in orbit for at least four years studying lightnings and thunderstorms in the Earth's atmosphere.

Chibis-M weights about 40 kg and carries about 12 kg of equipment to study high-altitude powerful pulses of gamma-and X-ray that sometimes accompany thunderstorms, including the Terrestrial Gamma Ray Flashes (TGFs) phenomena. TGFs, first discovered in 1994, are probably caused by electric fields produced above thunderstorms, but scientists are still uncertain about the details of the mechanism.