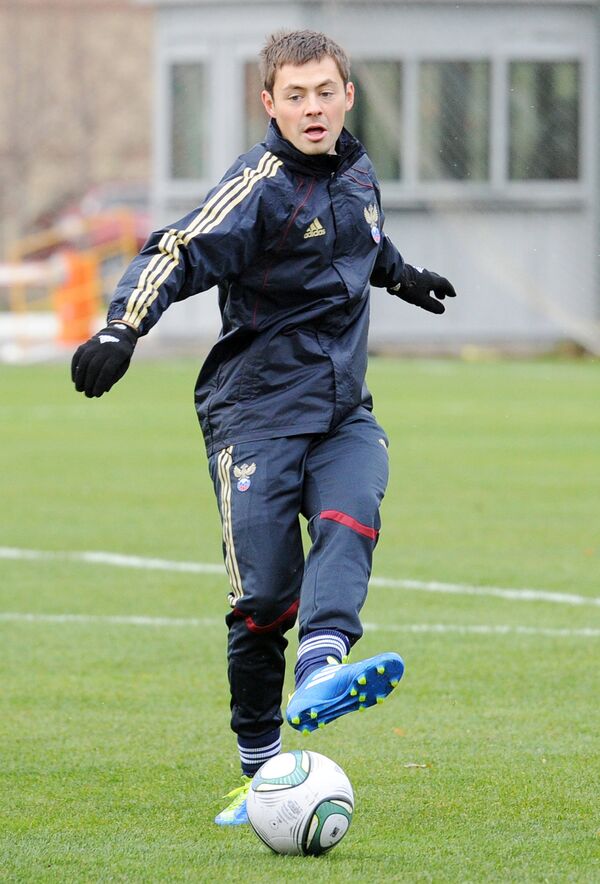 Spartak Moscow have reached an agreement with Everton to sign winger Diniyar Bilyaletdinov, the Russians said in a website statement Monday.

The 26-year-old threatened to leave the Merseysiders late last year over a lack of playing time, citing worries about making the Russian national side for Euro 2012.

"Spartak have arrived at an agreement in principle with Everton and the 26-year-old Russian international midfielder Diniyar Bilyaletdinov on his transfer to our club," the statement said, adding a contract would be signed pending a medical.

There was no word on the value of the deal.

Bilyaletdinov joined Everton in August 2009 from Lokomotiv Moscow for a fee believed to be around 9 million British pounds. He made 59 Premier League appearances for the club, scoring eight goals. Half of those appearances came from the substitutes' bench.

He came to attention at Euro 2008, where he played in every game of Russia's run to the semifinals.

In February 2010, his strike against Manchester United sparked a 3-1 comeback win and was voted Everton's goal of the season.

He had been linked with several clubs, including Bundesliga outfit Wolfsburg and Russian side Rubin Kazan.