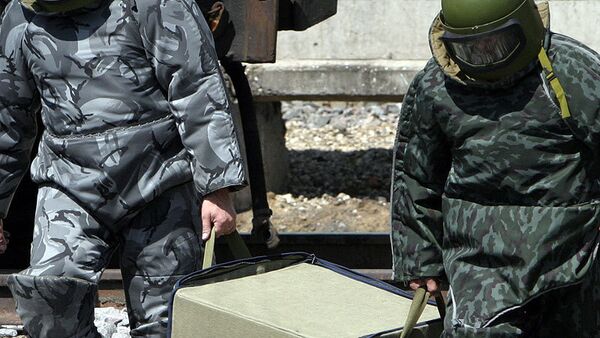 The Korshun (Hawk) mobile mine detector, which only weighs 5 kg, is capable of detecting mines containing radio-electronic components and explosives at a distance, and can operate in temperatures down to minus 50 degrees Celsius (minus 58 degrees Fahrenheit), the ministry official said.

The ministry has already bought over 100 Korshun locators for infantry units in Russia's southern Stavropol and Volgograd regions and military bases in Armenia, Ukraine, South Ossetia and Abkhazia, Gorbul said.

Russia’s volatile North Caucasus republics are one of the most heavily mined Russian regions.

In October 2011 Chechen leader, Ramzan Kadyrov said over 2, 000 people, including 150 children, had been killed by mines in Chechnya, but did not say since when.