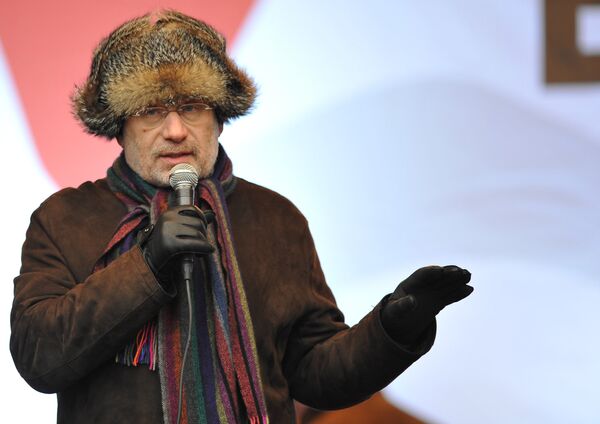 At a meeting with heads of leading Russian media on Wednesday, Putin discussed the possibility of the dialog with opposition. The premier mentioned Akunin as a possible delegate, adding that Akunin could have joined opposition movement, because “he is an ethnic Georgian” and “may have not accepted Russia’s actions during… the armed confrontation between Georgia and Russia.”

“We are not afraid of Putin’s threats since their country is collapsing,” Saakashvili said, adding that Putin’s comment about “armed confrontation” between both countries showed Russia’s real attitude to the 2008 five-day conflict which Moscow has called “a peacekeeping operation.”

Russian-Georgian relations dramatically worsened after a brief war in 2008 when Tbilisi attacked South Ossetia in an attempt to bring it back under central control. Moscow then recognized South Ossetia and another breakaway republic, Abkhazia, as independent states.