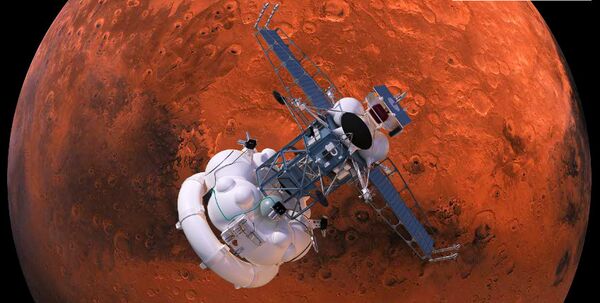 A spokesperson at the Department of State denied information that the crash of the Phobos-Grunt probe to the Martian moon Phobos could have been caused by a powerful electromagnetic emission from a U.S. radar.

A spokesperson at the Department of State denied information that the crash of the Phobos-Grunt probe to the Martian moon Phobos could have been caused by a powerful electromagnetic emission from a U.S. radar.

“We have seen speculation in the Russian media that foreign interference might have contributed to the failures of several recent Russian space missions,” Department of State spokesperson Jamie Mannina said. “We do not believe there is truth to these reports.”

He said U.S. specialists had responded to a request from the Russian federal space agency Roscosmos and had assisted Russia in its efforts to establish contact with the stranded spacecraft.

“Although recovery attempts by several nations ultimately proved unsuccessful, the United States cooperated with Russia and other nations to monitor the final orbits and uncontrolled re-entry of the Phobos-Grunt spacecraft into the Earth's atmosphere,” he said.

Roscosmos head Vladimir Popovkin said earlier this week that a Russian government commission looking into the crash considers errors during production and test works and engineering flaws as the main cause of its failure, adding that the U.S. radar is viewed “only as one of the causes.”

Nevertheless, Roscosmos is expected to hold tests to see whether the probe was affected by U.S. radars, which may involve NASA specialists.

Phobos-Grunt, Russia's most ambitious planetary mission in decades, was launched on November 9 but it was lost due to a propulsion failure and fell back to Earth on Sunday.