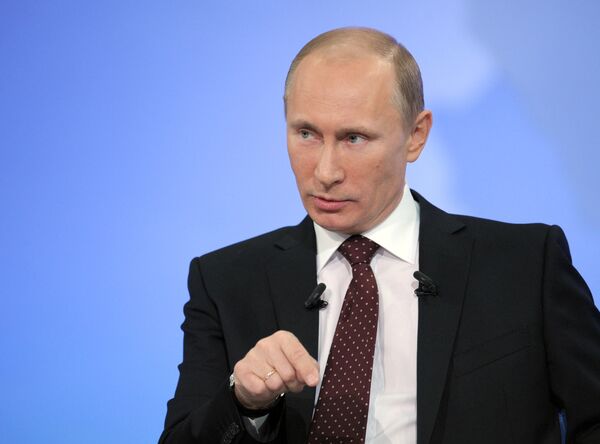 An “educational revolution” is transforming Russia’s society and economy, Russian Prime Minister and presidential hopeful Vladimir Putin wrote in an article published on Monday in the Izvestia daily.

An “educational revolution” is transforming Russia’s society and economy, Russian Prime Minister and presidential hopeful Vladimir Putin wrote in an article published on Monday in the Izvestia daily.

“Russia’s main hope is a high level of education, especially for our young people,” Putin wrote.

Fifty-seven percent of Russians between 25 and 35 years old have higher educations, a level matched only by Japan, South Korea and Canada, Putin said in the article.

“Demand for education is skyrocketing” in the 15-25 age group, with 80 percent of young men and women aspiring to or receiving higher education, he wrote.

Even if the Russian economy is at times unable to absorb so many professionals, “there is no way back,” Putin wrote. “It’s not people who should try to adjust themselves to the existing structure of economy and labor market – it’s economy that should change to allow citizens with high level of education and high demands to find a decent job.”

While the Russian constitution guarantees the right to higher education free-of-charge, the lackluster showing of Russian universities in recent global rankings has triggered a spate of national discussion.

Foreign rankings have been repeatedly criticized by Russia’s top education officials and university staff as lacking fairness, objectivity and transparency. Education Minister Andrei Fursenko has said he believes a lack of information about programs and graduates from Russian universities provided to rating agencies is partly to blame for their poor showing.

In August, Putin called for the urgent modernization of Russia’s higher education system so that it meets the demands of today. He promised to allocate some 70 billion rubles ($2.4 billion) to create an innovative educational infrastructure in Russian universities in the next five years.