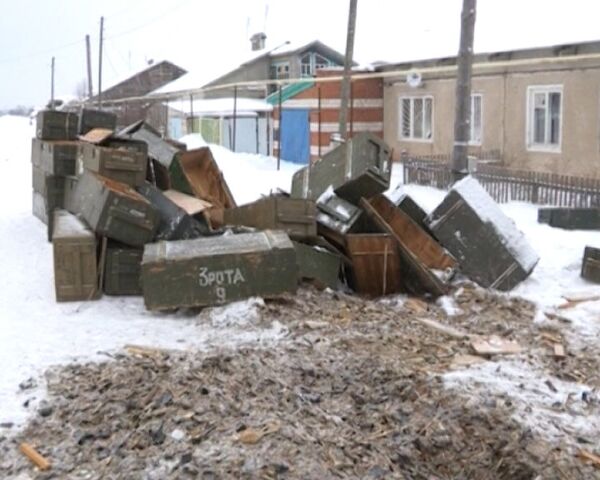 “I regret to report we’ve discovered many firearms parts and details that can still be used,” Pervukhin told the republic's head, Alexander Volkov. He did not elaborate on how the rifle parts ended up as waste.

The local Kalashnikov recycling facility already provided locals with a surprise gift last month when a retiree purchased several old crates for firewood for 500 rubles (around $15), only to discover nearly 80 Kalashnikov assault rifles inside them.

The rifles produced by the Izhevsky arms plant were to be destroyed at the facility, but a worker sold several crates’ worth of them , assuming they were empty. Some ended up in a garbage dump.

Russian Deputy Prime Minister Dmitry Rogozin said in his Twitter blog that he would fly to Udmurtia to organize a meeting on firearms production and storage at the military compound.

“A retiree found dozens of Kalashnikov assault rifles…Well! I’ll just have to hold a production meeting on firearms on [January] 24 at Izhmash,” Rogozin wrote last week.

In June, an arms depot was swept by fire in Udmurtia after a soldier dropped an artillery round. At least 95 people were injured, and 12,000 evacuated.

The Defense Ministry announced in September that it had stopped purchasing Kalashnikovs because it has several million already, more than an army of one million could possibly need.

Izhevsk arms plant is currently working on revamping the legendary rifle, which head designer Vladimir Zlobin said in November would be fitted for one-handed use, Izvestia reported at the time. There was no immediate information of when a presentation of the redesigned weapon would be held.