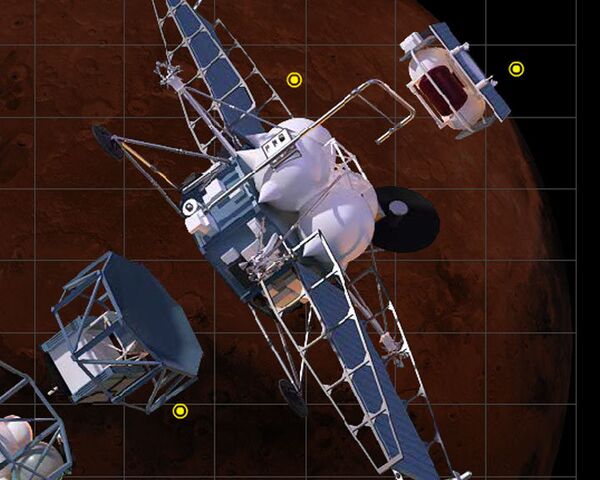 Roscosmos said the spacecraft will fall within the eight-hour interval starting from 18:36 on Sunday Moscow time [14:36 GMT] to 2:24 on Monday [22:24 Sunday GMT]. The possible scatter zone is 51.4 degrees North latitude to 51.4 degrees South latitude.

As of 20.30 Saturday, the spacecraft was moving in the near-Earth orbit with an altitude that varied between 144.6 km at perigee and 167.1 km at apogee, the Russian space agency said.

Rene Pischel, the head of the Moscow office of the European Space Agency (ESA), said the European agency’s specialists expect the reentry at 22:44 Moscow time on Sunday [18:24 GMT], give or take six hours.

German amateur astronomer Harro Zimmer expects the reentry to take place at 21:22 Moscow time [17:22 GMT] on Sunday, give or take 90 minutes. His calculations put the reentry location at somewhere over the Pacific Ocean, northeast of Indonesia.

The head of Russia’s Federal Space Agency (Roscosmos), Vladimir Popovkin, previously said the probe would break up during reentry into the atmosphere and none of the fragments are likely to reach the Earth.

That includes the 13.5-tonne spacecraft’s 7.5 tons of fuel, which are stored in aluminum tanks that are bound to explode upon reentry.