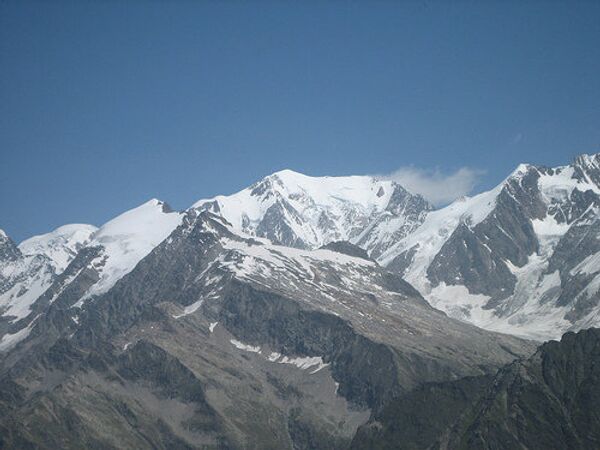 A helicopter search will continue on Tuesday for a Russian couple who went missing during an ascent of Mont Blanc, representatives of tourist authorities and the high-mountain gendarmerie group of Chamonix said.

Relatives raised alarm when Tatyana and Mikhail Zakharov, who arrived to Geneva on December 23 for a planned Mont Blanc climb, did not return to Moscow as scheduled, on January 6. The couple was last seen on December 29, shortly before the ascent.

"We have no fresh information at the moment. A helicopter took off this morning and afternoon, we inspected three huts on Mont Blanc slopes where tourists can take refuge. But no traces were found there,” a Chamonix tourist center spokeswoman said.

Strong winds prevented further helicopter search on Monday, she said, but it will resume on Tuesday.

"Weather conditions are to improve, no winds expected,” the spokeswoman said.

She said rescuers with dogs searched for the missing Russians at known sites of avalanches, but found nothing.

A spokesman for the high-mountain gendarmerie group of Chamonix said the season was not favorable for ascent, and the Russians were the only climbers who decided to go up.

"This is not the appropriate season. The danger of avalanches persists, especially after snowfalls and strong winds. Their disappearance was spotted too late, but there is still a chance,” he said. "We go ahead with the search, gather information about places where they could stay.”