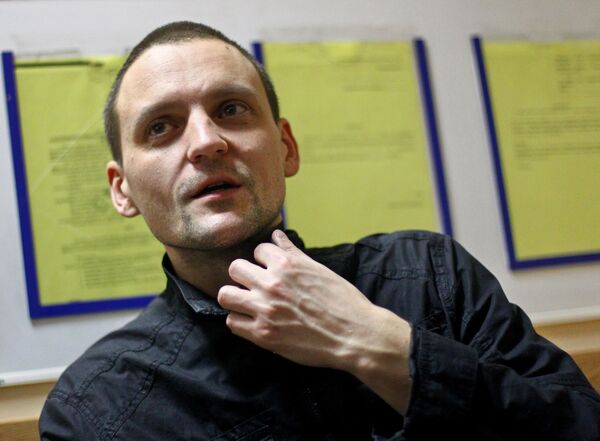 On December 24, mass protest on Moscow’s Sakharov Avenue brought together up to 100,000 people according to the organizers of the protest, while police say just 30,000 people attended. The protesters demanded new parliamentary elections and want liberal reforms in Russia.

“Coordination structures should be gradually created in Moscow and other cities,” Udaltsov said, adding that the Russian opposition movement is not well-structured.

Russian opposition forces have set up a working group which will begin collecting signatures on a petition demanding that the National Supreme Court annuls the outcome of the Dec. 4 parliamentary elections, Mikhail Shneider, member of Solidarity opposition movement said on Tuesday.

Activists collected first signatures in support of the petition to the Supreme Court during the protest on Sakharov Avenue.