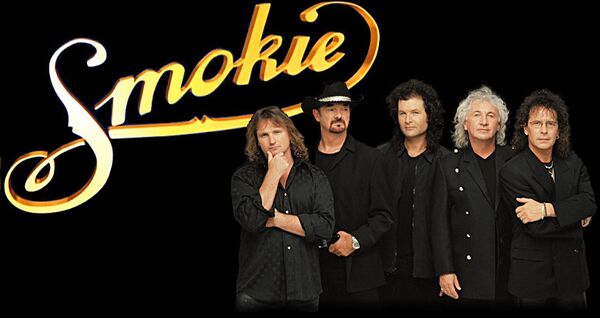 According to The Guardian, the veteran Bradford band, which was extremely popular in Russia in 1970s with its hit “Living Next Door To Alice,” sang four songs at an invitation-only New Year dinner in Russia’s Kremlin.

Smokie’s bass player, Terry Uttley told the paper that “there wasn't any dancing in the aisles” since the dinner was very “highbrow.”

"I think Medvedev and Putin were at the first table in front of the guitar player, although I couldn't be certain," The Guardian quoted Uttley as saying.

The band that had already performed inside the Kremlin walls back in 2004, said that there were some signs of austerity during the reception. "Back then [in 2004], they served us wines from Joseph Stalin's personal cellar," he said…This time it was Australian Shiraz," Uttley told The Guardian.

Medvedev, who admits to being a passionate fan of the British and the U.S. old rock heroes, had already met with the U2’s Bono and Deep Purple during their Russian tour.

Putin, who portrays himself as a fan of patriotic Russian songs, also met with a legendary ex-Beatle, Paul McCartney, when he played his gig on the Red Square in 2003.