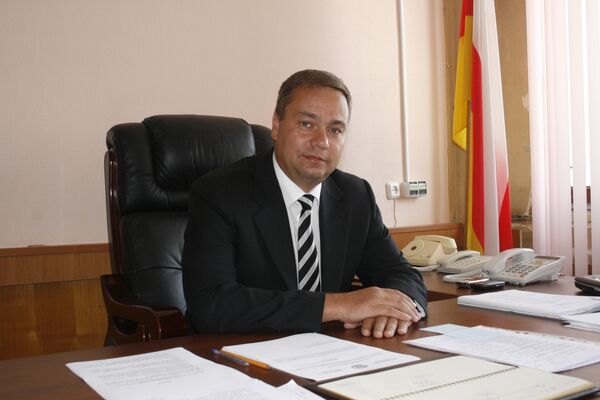 South Ossetia’s acting president Vadim Brovtsev vowed in his New Year’s address to the nation to prevent a “power vacuum” in the former Georgian republic.

South Ossetia’s acting president Vadim Brovtsev vowed in his New Year’s address to the nation to prevent a “power vacuum” in the former Georgian republic.

Brovtsev was appointed acting head of South Ossetia in December, after President Eduard Kokoity resigned over opposition protests in Tskhinvali, the region’s capital. Protesters disagreed with the annulment by the Supreme Court of the November 27 presidential runoff.

“Presidential elections will be held in South Ossetia in less than three months. As acting president of the republic, I will do everything possible to prevent a power vacuum in the country,” Brovtsev said.

The situation in restive South Ossetia, which declared independence from Georgia in 2008, heated up after opposition leader Alla Dzhioyeva won the November 27 runoff against a Kremlin-backed rival, regional emergencies minister Anatoly Bibilov.

Brovtsev said the key thing is to create a stable economy based on innovation principles.

“Whatever difficulties the republic faces, the Ossetian people can cope with them and the state will do everything necessary for that,” the acting president said.

“May the problems we had remain in the past, and the New Year bring us more successes, luck and new achievements,” he said.

Russia recognized South Ossetia and another former Georgian republic Abkhazia in 2008, following a five-day war with Georgia. The war began when Georgia attacked South Ossetia, where most residents are Russian passport holders.

Russia’s decision has been condemned by many Western nations. Georgia considers the two regions part of its sovereign territory. Few other countries, including Nicaragua and Venezuela, have recognized the republics as well.